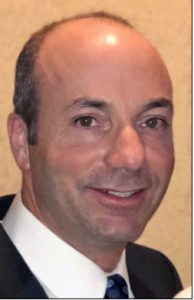 Tim Conway was recently selected as the Aeronautics Division Administrator after serving as the interim Aeronautics Division Administrator following Debbie Alke’s retirement in December 2017.  Conway began working for the Montana Department of Transportation (MDT) in 1991 as a bridge engineer after graduating from Montana State University (MSU) with a degree in Civil Engineering.  He earned his professional engineering license in 1996 and continued working for MDT in various engineering positions while climbing the management ladder.  In 2012, Tim was selected as the Aeronautics Division’s Airport and Airways Bureau Chief.

Conway has had flying in his sights from a young age and he achieved a lifelong goal in 1990 by earning his private pilot certificate.  He continued to fly single-engine airplanes as money and time would allow while raising a family of 3 boys with his wife, Karen.  In 2001, Conway acquired an instrument rating and in 2013, he earned his commercial pilot certificate.  He is a member of the Montana Pilots Association, Aircraft Owners and Pilots Association, and Recreational Aviation Foundation.  When he isn’t working or flying, he enjoys a variety of year-round outdoor motorized and non-motorized activities.