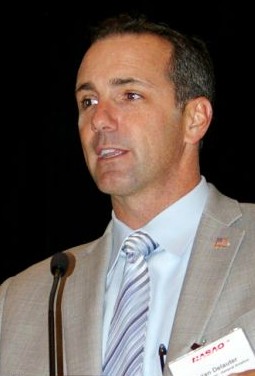 "We are delighted Brian Delauter is returning to address our conference this year," said NASAO President and CEO Henry Ogrodzinski. "The GA pilot perspective Brian brings to his role at TSA has been refreshing and welcomed. We look forward to hearing about the latest news on security issues facing the general aviation community."

This year’s convention theme, "Aviation 2020 & Beyond: A Clear Vision for the Future" reflects our focus on aviation growth and sustainability for the next generation. In addition to general sessions, NASAO is offering a specialized track designed for anyone at the local or state level involved with communicating the value of aviation or their airport to the community or media. Forums are tailored to provide simple and effective checklists and outreach tools participants can take home and use immediately.