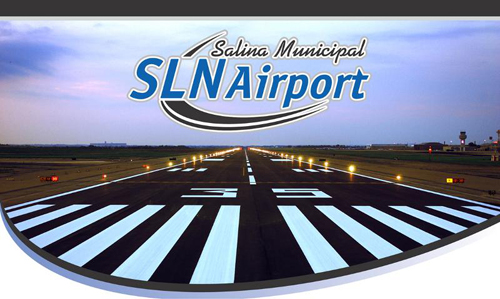 "This internship is a tremendous opportunity for our students," said Bill Gross, chief pilot with the K-State aviation program. "They learn two or three jets inside and out, backward and forward and get very good at it, which makes them ideal pilots for those aircraft. Because they become so good at those aircraft, companies are willing to hire them with lower flight time. The interns are well-positioned to get a job, as K-State alumni have a 100 percent hire rate after their FlightSafety internship ends."

"Interns often serve as crew for our customers," High said. "We see about 6,000 people a year from all over the world, so not only are they learning aircraft and avionics systems, but they are also getting to know other companies as they fly with their pilots. Some of those companies ask our interns to come fly for them part time," High said.

According to High, K-State’s aviation program creates pilots that are a good fit for FlightSafety.

"Your co-pilot plays a large role in your success with a check ride," he said. "K-State pilots create a good cockpit environment. They bring youth, they’re willing to work any hours, they have a good attitude and know their stuff; nobody that we’ve hired has been a lightweight. They are extremely knowledgeable about aviation as a whole, and know the rules and regulations, which is important because customers come to us to be experts."

Interns can expect to spend 15-20 hours a week in the right seat. They will also spend time in the left seat, as training requires FlightSafety customers to also experience the aircraft as a co-pilot.

When their year is up High gets involved with helping interns find employment, even going as far helping negotiate a starting salary.

"We want our interns to know they will be taken care of," High said. "The high-quality training and experience they receive at our Learning Centers not only helps them to secure employment, it reflects the strength of FlightSafety’s training programs and encourages the company that hires them to train with us if they are not already."

One of FlightSafety’s current interns is Hall Lewallen, (at right) who graduated from K-State in 2010. After only four months as a second in command intern in the Hawker HS-125 Series of aircraft, which includes the Hawker 750, 800/850XP and 900XP, he has been offered his dream job: a full-time position flying a corporate jet for a very well-known and reputable company in his hometown of Phoenix, Ariz., at Sky Harbor Airport.

"As I anticipate my first day," Lewallen said, "I’ve caught myself thinking many times about how I wouldn’t be in this position if it weren’t for my intern experience at FlightSafety or if I wasn’t a K-State Wildcat."

Prior to his current internship Lewallen was a pilot intern in the demonstration department at Hawker Beechcraft. He was interested in full-time employment at the manufacturer and explored the idea of becoming a regional airline first officer.

"Ultimately, I decided to pursue my goal of becoming a corporate pilot," Lewallen said. "I knew that FlightSafety is absolutely the best opportunity for me to accomplish that due to its outstanding reputation within the industry, and the fact that I was able to confirm this firsthand as a FlightSafety International client when I was training on aircraft for Hawker Beechcraft."

Not all of FlightSafety International’s interns are pilots.

Rachel Farmer, a 2008 K-Sate Salina graduate, was recently promoted to director of quality management systems — the position she was the intern for just three years ago.

"I can’t imagine working anywhere else," she said. "I plan to stay with FlightSafety for a very long time."

The Brookville native started her internship in January 2008 as the assistant to the director of quality management systems. By November of that year she had been hired full-time as the operations support and compliance coordinator.

"I started out taking business classes," Farmer said. "I was interested in aviation, but I didn’t want to fly for a living. I realized I could take classes to get the background I would need to enter the aviation industry through the technology management degree program, so I got a good foundation that prepared me for coming into the industry. When I started looking for internships during my junior year, I thought that Flight Safety would be a good fit."