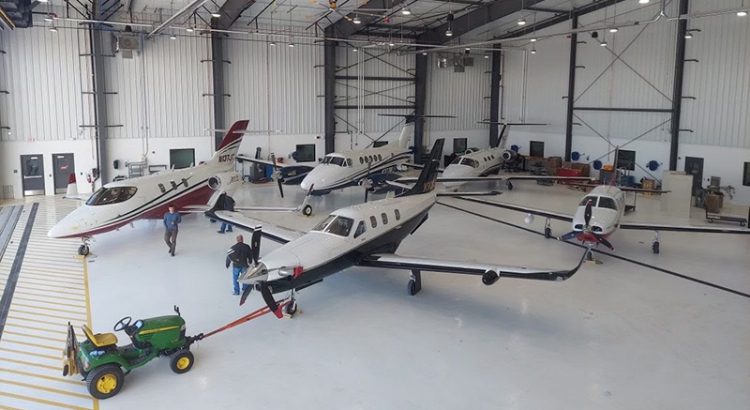 Des Moines Flying Service (DMFS), a general aviation sales and service company, moved into a new 26,100 square foot facility located on the south side of the Des Moines International Airport. The move was completed and DMFS opened for business in the new facility Monday, March 22, 2021. The airport’s new terminal programming plan necessitated the relocation.

The Des Moines Flying Service facility is connected to the new terminal project. The planning for this project started in 2018 with the purpose of opening land on the northeast side of the campus, clearing the way for a new terminal north of the existing site. Des Moines Flying Service began design for the building in October 2018. Turner Construction Co. was awarded the construction contract on January 14, 2020. The total project cost $8,743,000.

“This new facility is larger than the previous operating footprint, and it is laid out well for us to provide optimum service to our customers” said Steve Thompson, President of Des Moines Flying Service. “It allows for more efficient processes plus our entire team will be in the same building enhancing collaboration and streamlining workflow.”

The former facility is slated to be demolished in future years as the airport moves forward with plans to design and build a new airport terminal on the northeast side of the airport campus.

“This project is part of our long-term vision to build a new terminal,” said Kevin Foley, Airport Authority Executive Director. “It’s exciting to see the plan coming to fruition with Des Moines Flying Service moving to the southside of the Airport and into their new facility.”