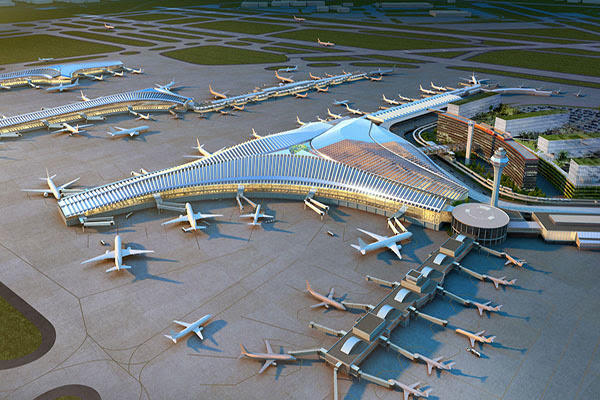 “Chicago’s transportation infrastructure is what makes this city an economic powerhouse of global importance,” said U.S. Transportation Secretary Pete Buttigieg. “Now, as we prepare to break ground on O’Hare’s newest terminal, Chicago and this entire region will be positioned to grow and create good-paying jobs through the benefits of first-rate infrastructure, beginning with the construction project itself.”

Secretary Buttigieg also met with students studying on Chicago’s Southside to become aviation maintenance technicians. During his visit at the Aviation Institute of Maintenance, where American Airlines is training new technicians, the Secretary heard how students can learn the skills necessary to move into good jobs in aviation.

President Biden’s Bipartisan Infrastructure Law has made more than $73 million available to O’Hare and more than $20 million to Midway International Airport in the first year. The law created three programs, investing $25 billion total over five years into the U.S. aviation system.

The Final Environmental Assessment, the Final General Conformity Determination, and other details about the projects can be found on the FAA website.