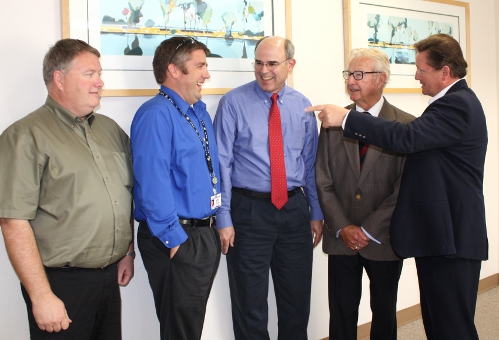 The Western Regional Partnership Border Committee and the State Aviation Journal sponsored an aviation meeting last week in Sacramento, CA., to discuss issues impacting airspace users in a five state region. The meeting, which was held at the Sacramento International Airport included current and former state aviation officials from California, Nevada and Arizona. Other states in the region include Utah and New Mexico. Others participated via conference call.

Discussion items included shortfalls in communication among aviation users and how alternative energy is impacting aviation in the WRP Region. Additionally, wild-land fires were discussed with an emphasis on what to expect in regard to coordination of aviation activities, impact of temporary flight restrictions and how to fly safer around wild-land fires.

The WRP mission is to provide a proactive and collaborative framework for senior-policy level Federal, State and Tribal leadership to identify common goals and emerging issues in the region and to develop solutions that support WRP Partners and protect natural resources, while promoting sustainability, homeland security and military readiness.

More detailed coverage will appear in the next issue of the State Aviation Journal, due out later this month.