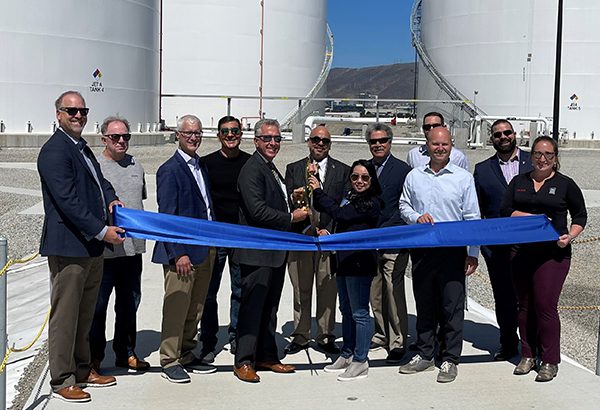 “With the two new above-ground tanks and new pumping system, we have increased fuel storage capacity and we will significantly improve energy efficiency and operations here at SFO,” says Diane Urdiales, senior manager for global sourcing at United Airlines and chair of SFO FUEL, the airport’s fuel consortium.

Before the project began, Burns & McDonnell worked with the airlines and SFO FUEL to conduct a detailed analysis of the existing fuel station. The study included a review of on-site and off-site storage options, plus evaluation of pipelines and local refineries. Construction began in late 2017.

“Burns & McDonnell is proud to deliver this state-of-the-art fuel facility for the airport, SFO FUEL and its airline partners,” says Chris Snider, Burns & McDonnell project manager for the SFO fuel facility. “We were honored to be trusted to provide insight into SFO’s future needs and look forward to seeing the growth and success the airport achieves with these updated facilities and infrastructure.”

Burns & McDonnell ranks No. 8 among the Top 500 Design Firms in the U.S. and No. 6 among the Top 100 Design-Build Firms, according to Engineering News-Record.