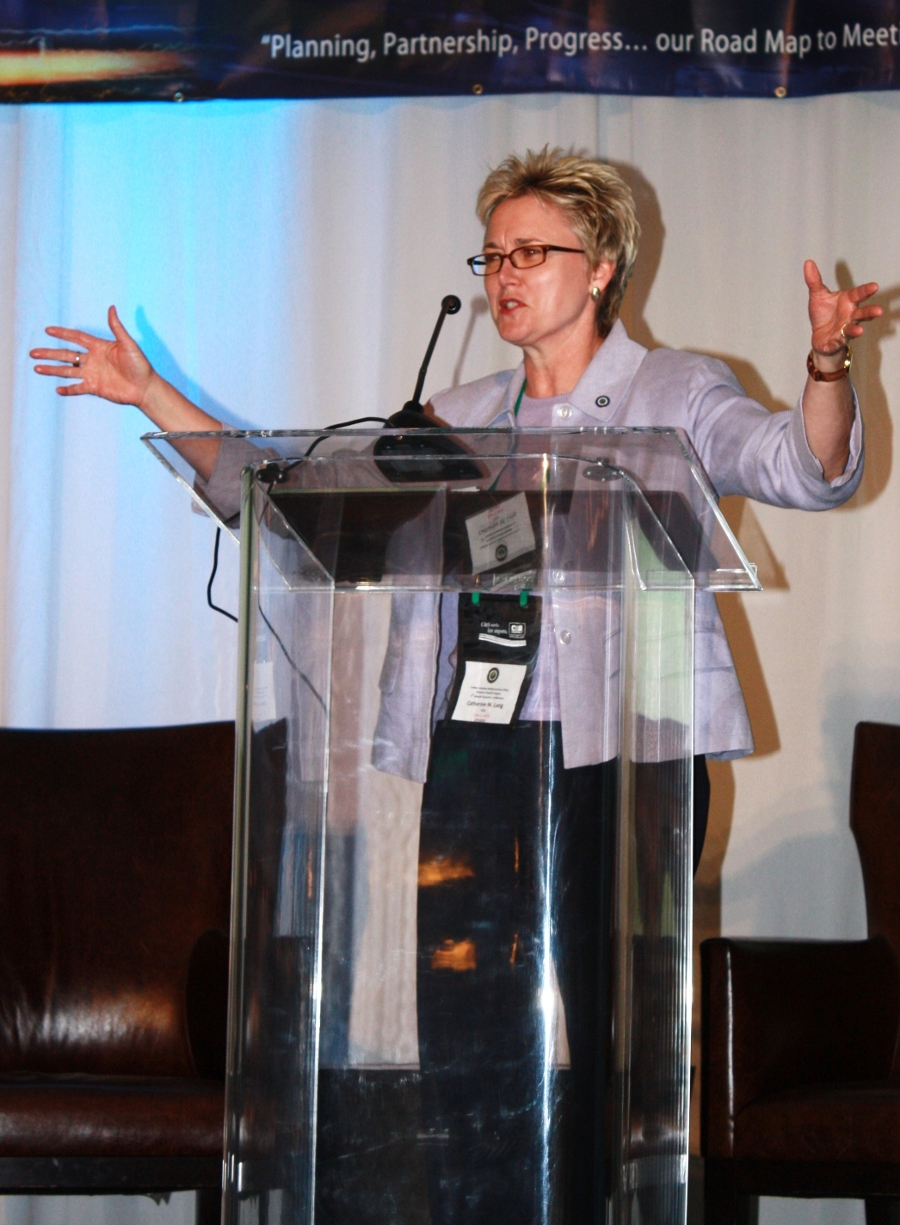 Brian Armstrong, Manager, of the Los Angeles Airport District Office, served as Master of Ceremonies and introduced Mark McClardy, who welcomed attendees to the conference. McClardy, who has been splitting his time between Los Angeles and Chicago in the Great Lakes region suggested to the State Aviation Journal that he would continue in his role as Manager of the Airports Division of the FAA’s Western Pacific Region in Los Angeles. (Photo, right – Kate Lang)

Representatives of the airport manager associations in the four state region brought their peers up to speed on the latest challenges, victories and changes in aviation in their states. (Photos below, Bill Withycombe, right, watches as Martinez Jacobs receives several lei for getting the Herman Bliss Award. Brain Armstrong introduces Ann Tedford.)

The theme for this year’s conference,  Planning, Partnership, Progress, Our Road Map to Meeting Future Aviation Demands, was carried throughout the conference.