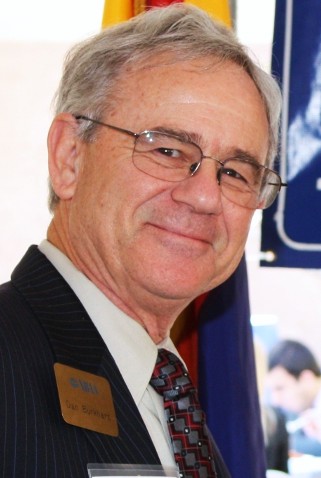 Business aviation veteran Dan Burkhart, who joined the National Business Aviation Association (NBAA) in 1998 to create NBAA’s Regional Program, will retire from his post as the director of regional representatives for the organization, effective July 6. In addition to building the national program, Burkhart has represented the NBAA Western Region that includes Alaska, Arizona, California, Hawaii, Nevada and New Mexico.

NBAA President and CEO Ed Bolen said Burkhart has been a dedicated leader in developing and growing NBAA’s Regional Programs to create a recognized national network that works with NBAA to serve the interests of business aviation across the country.
Burkhart is a retired Naval Reserve Officer who served as a fighter pilot with F4 and F14 shipboard experience, and a former airline transport pilot with nearly 7,000 flight hours. Burkhart’s role as program director will be assumed by Stephen Hadley, who will also retain his role as NBAA Regional Representative for the Southwest U.S. region, a job he has held since 2006.
Stacy Howard has been named as the new regional representative for NBAA and started June 25.
Howard has spent a career in general aviation advocacy, most recently as Western regional representative for the Aircraft Owners and Pilots Association. Bolen said the association is pleased to welcome Howard to the Regional Program team.
"Stacy is very well respected in the industry and will do a great job," said Kim Stevens, publisher of the State Aviation Journal. Howard served as director at Rice Aviation in Phoenix, AZ, and as an aviation insurance agent at Costello Insurance Associates in Tempe, AZ.  She holds commercial and multi-engine pilot ratings, and is an aircraft owner.
Attachment: