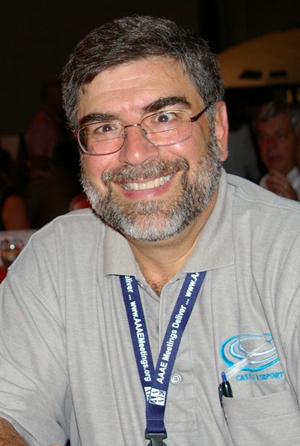 Aviation advocates including the national Aircraft Owners and Pilots Association (AOPA) are urging California legislators to reject changes in two bills that would transfer the excise taxes on aviation fuels from the aeronautics account to the general fund in the next three fiscal years.  SB 1005 and AB 1465 were amended on June 14.

The excise tax on general aviation gasoline and jet fuel are the only source of funds for the California Department of Transportation’s Division of Aeronautics and the airport grant programs that it administers. According to AOPA these programs are vital to the safety, maintenance and development of the state’s airports.
"Should the state legislators sweep the money from the CalTrans Aeronautics programs, there will be damaging effects felt all over the state," said Scott Malta (shown at right), manager of Castle Airport in California. "Particularly by smaller airports (mostly GA) and by their smaller municipalities."  Presumably, gone would be matching funds for FAA grants, annual airport credits and airport loans. Malta said at his airport  they use the annual airport credit of $10,000 to partially fund their navigational aid maintenance contract.
Due to the size of airports, like Malta’s, projects tend to be larger, requiring higher FAA grant amounts and the 10% local match. The loss of the state matching grants will require counties to make up all of the match. "To put this in real dollars," said Malta, "suppose I have a $1 million dollar project. The FAA could authorize a grant for 90% or $900,000 – leaving $100,000 for the county."  In this scenario, the state would provide a match equal to 5% of the FAA grant amount – in this case, $45,000. That would leave a local match of $55,000. Malta said in an economically stressed county like his, $55,000 is less painful than $100,000.
A 2003 State of California economic impact study attributed nine percent of the state gross product and nine percent of the state’s jobs to aviation.  In 2005, a study sponsored by the National Association of State Aviation Officials found that general aviation contributed more than $150 billion annually to the national economy and $18 billion to the economy of California.
"Frankly, this situation could and probably would result in several airports/municipalities not accepting FAA grants since they cannot come up with the required local match," said Malta. The draft language of the bill suggests this situation could go on through 2015 and possibly beyond that date.
Attachment: