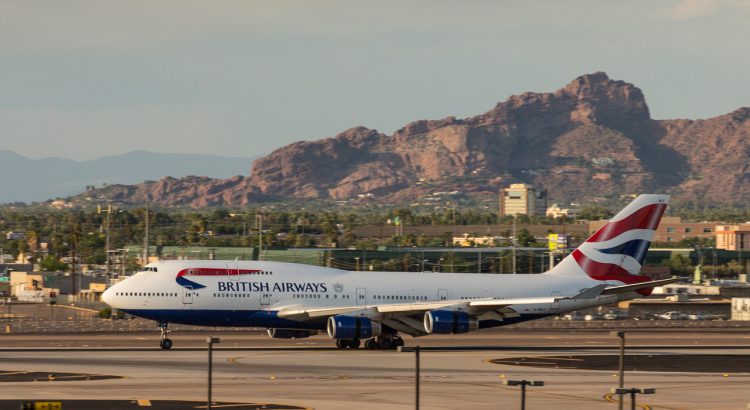 Beginning May 8, travelers will have an additional option for flying nonstop to London and making connecting flights across Europe.  During the months of May and June, three days per week on Mondays, Wednesdays, and Saturdays, a second British Airways flight to London will arrive at 12:25 in the afternoon and take off at about 2:35 p.m.

“The current daily flight by British Airways adds $100 million to our economy each year, so this new flight is a welcome addition to that impact and another sign of the strength of our growing market,” said Phoenix Mayor Greg Stanton.

About 120 people travel from Phoenix to London as their final destination each day, about 80 of whom are on the British Airways nonstop flight. The rest of the 260 passengers on the British Airways 747-400 aircraft are connecting to other cities in the United Kingdom, Europe, Asia and Africa. This new flight will provide travelers with convenient connection times at London Heathrow Airport so that they may easily reach other cities all over the world.

British Airways celebrated its 20th anniversary of service in Phoenix last July. The airline will continue to offer its daily nonstop flight arriving at about 5:30 p.m. and departing at about 7:40 p.m. Tickets for both flights can be purchased at britishairways.com