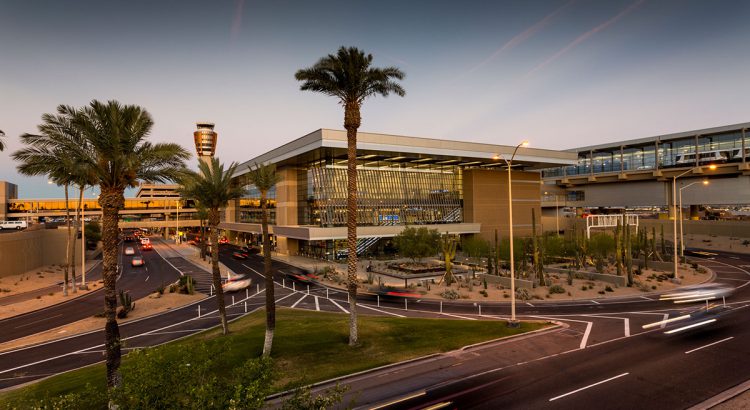 Nonstop international flights alone bring $3.4 billion to the Valley, with the daily British Airways flight to London leading the way. The annual economic impact of the London flight is $480 million. That flight is responsible for more than 2,700 jobs in the regional hospitality and export sectors. In fact, the daily nonstop flight between Phoenix Sky Harbor and London is so popular, that British Airways added a second flight three days per week during the months of May and June.

The economic impact study, available in its entirety on skyharbor.com, is based on employment, payrolls, business spending, revenue and personal spending. Visitors arriving at Sky Harbor spend approximately $5.8 billion per year. In addition, more than 45,000 employees working on-airport at Phoenix Sky Harbor spend their wages and create a ripple of economic impact throughout the Phoenix-area.

“Phoenix Sky Harbor – with expanding international flights, convenience to Downtown and easy connections to mass transit — is the engine that drives our regional economy,” said Mayor Greg Stanton. “Having a thriving, well-run airport is crucial to our success as a city. That’s why we are investing $2 billion in upgrades and featuring local businesses in the terminals, because we know Sky Harbor has a positive impact on every industry in the Phoenix area.”