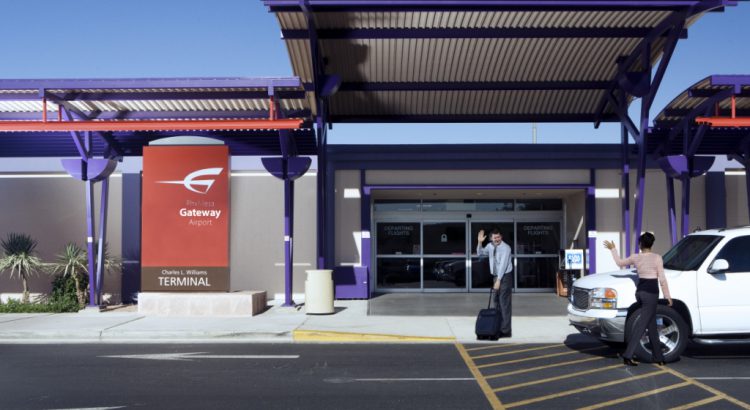 Community outreach and growth are among the reasons Phoenix-Mesa Gateway Airport is the Arizona Department of Transportation’s Airport of the Year for 2019. The airport has won the title twice before, and its last win, in 2012, underscores how rapidly it has grown. It was the nation’s 65th-busiest at the time; it’s now 32nd, with 288,000 takeoffs and departures a year.

Don Kriz, ADOT Aeronautics Group manager, said Phoenix-Mesa Gateway Airport’s accomplishments for its latest award include hosting a presidential visit, demonstrating outstanding community outreach and being active in local chambers of commerce. The airport also obtained a perfect certification and operations inspection from the Federal Aviation Administration. “This airport has done an amazing job in support of their community and advancing aviation in the state of Arizona,” Kriz said.

The airport’s other highlights include starting programs for airport volunteers and aviation careers education. “This prestigious award is a testament to the high-quality and dedicated employees that have helped create a major economic engine for the state of Arizona,” said Apache Junction Mayor Jeff Serdy, chairman of the Phoenix-Mesa Gateway Airport Authority.

The Aeronautics Group works with dozens of airports across Arizona to administer federal and state grants through its Airport Development Program.

Airports bring in approximately $38.5 billion per year to Arizona’s economy, according to state research.