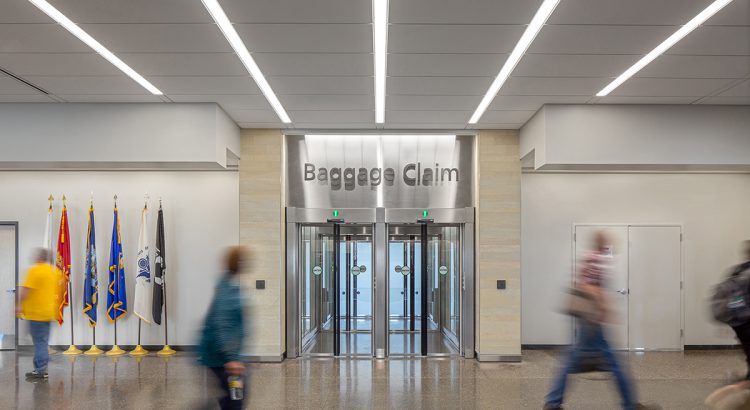 Expansion plans for Phoenix-Mesa Gateway Airport (AZA) are focusing on transforming the passenger experience and improving operational efficiency. A new design will incorporate technology to improve passenger flow and reduce congestion to the existing exit lanes, a priority for the airport in response to continued growth.

With DWL Architects’ expertise and extensive knowledge of airport operations, AZA and DWL Architects collaborated with DPR Construction and dormakaba to execute a workable plan. Having previously completed a study on exit lane technology, DWL Architects prepared a solution to meet the airports requirements.

“As we assessed the different needs with AZA, we knew larger security improvements were necessary to accommodate the demands of today’s airport. In addition to the dormakaba automated exit lane, the checkpoint has also been expanded from four to five lanes, with the space to accommodate a sixth lane.” said Sandra Kukla, executive vice president of DWL Architects. “AZA is paving the way for the region by integrating this new exit lane technology and we couldn’t be more excited to be a part of it.”

For improved passenger efficiency, DWL Architects created a “gateway” for the new exit lane. The retrofit from a serpentine hallway to an unmanned exit lane required that the exit lane run perpendicular to current traffic flow and necessitated creative way finding ideas to guide passengers through the portal.

The dormakaba Exit Lane Breach Control (ELBC) system was selected due to its modularity and “smart technology” interface which optimizes airport operations. Replacing guards with technology not only eliminated the possibility of human error, it has proven to offer more control, airside protection against security breaches and substantial cost savings without compromising passenger safety. “This installation at AZA incorporates a two lane, three-door unit with new sensors and object detection,” said Bill Seibert, Business Development Manager at dormakaba. “It is the first of its kind to be installed in the Southwestern United States.”

As one of Arizona’s premier technical builders, DPR Construction’s extensive knowledge working on TSA checkpoints, and occupied spaces paved the way for seamless execution on this project. To ensure a superior experience and minimal disruption for passengers and staff, the team devised a strategic phasing plan that underscored the safety of the travelling public and ease of traffic flow. This resulted in completing the project an entire month ahead of schedule, just in time for the Valley’s influx of flights due to Spring Training season in March.

“Our real strength on this project was in the phasing plan that put the passenger, staff and the operation of the Phoenix-Mesa Gateway Airport first, ultimately making it ‘just plane easy’ for our client,” said Jim Lauer of DPR Construction. “We’re thrilled to re-define and contribute to PMGAA’s growing presence in the Valley and its role in supporting the region’s economy while providing a streamlined traveling experience for residents and visitors alike.”