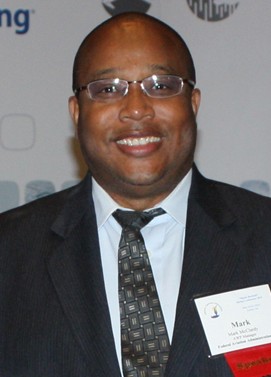 A new Federal Aviation Administration (FAA) Phoenix Field Office is set to open sometime in December 2012 gand is part of the FAA Airports Division’s geo-balancing effort to both standardize and right-size their field offices across the country. The new Phoenix Office is the only new office to be opened in the country. Also included under the geo-balancing effort is the planned establishment of new Standard Operating Procedures (SOP) for many policies and guidance implemented in the field.
"The new Phoenix Office will allow FAA to place dedicated resources within the State of Arizona and better serve many of our airport sponsors in the Western Pacific Region," said Mark A. McClardy,
Federal Aviation Administration (FAA) Manager, Airports Division, Western Pacific Region. (Shown at right)
For now the new Phoenix Office will serve Arizona airport sponsors who are currently being served by the Los Angeles Airports District Office (ADO). The new Phoenix Office will report to the Los Angeles ADO.  "Over time, we will transfer Nevada airport sponsors, who are currently being served by the San Francisco ADO, to the Phoenix Office, said McClardy.  "At that time, the new Phoenix Office will become the Phoenix ADO and serve both Arizona and Nevada."  McClardy said they do not have a date set for when that will happen.
Personnel selections have been made for the new office which will be located north of the Phoenix Sky Harbor International Airport at 2800 N. 44th Street, Suite 5010, Phoenix, AZ  85008.  McClardy wrote in an earlier memo that they expect to open the new office around December 10, although that date is tentative for right now.  In the interim, the Los Angeles Airports District Office (ADO) and the FAA Region will be completing the transition work that needs to take place before the office officially opens.
Mike Williams was selected as Assistant Manager. Williams comes to the FAA after a career in airport management in Arizona and Southern California.  Williams said he is pleased and excited to accept the position with the FAA Airports Division. "It’s a unique opportunity to start up  a new office for the FAA, which is expected to become an Airport District Office in the near future."
The position will give Williams the opportunity to work with many individuals that he has known over the years from his days working at Phoenix-Mesa Gateway Airport.
Other selectees include Tania Williams, AIP Program Specialist, Mark Sedarous, Civil Engineer, Kelsey Lavicka, Civil Engineer, Tim Morrison, Civil Engineer, Kyler Erhard, Community Planner, and Jared Raymond, Community Planner.
McClardy said the Region will provide assistance and oversight for the Phoenix Office just as it does for the existing ADOs. "The opening of this new office is a great milestone," said McClardy.
Attachment: