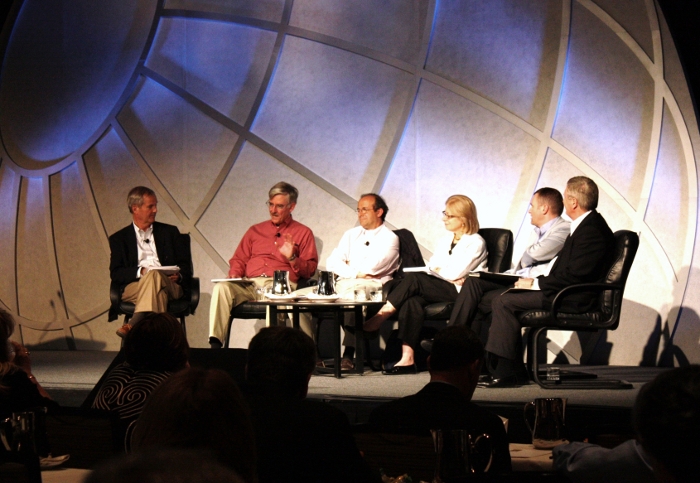 The 19th Annual Phoenix International Aviation Symposium began this week at the Phoenician Resort & Spa in Phoenix, Arizona with a full slate of sessions on Thursday and Friday featuring aviation experts from around the globe. Billed as "the most exclusive gathering in the industry" sessions held on Thursday included panel discussions on successful business models emerging from the recession, what will drive growth for the airlines over the next decade, alliances, how carriers forecast changing economic conditions, open skies and "All Things Regulatory."

Throughout the symposium attendees were able to participate in live polls answering questions discussed by panel members. In regard to NextGen the question was asked; In how many years will we experience substantial measurable improvements in airline operation efficiency as a result of NextGen?" There was an audible reaction to the results in which 46% of attendees responded that it would take more than 10 years to see any measurable results.
Only seven percent of responders felt that the airlines  would see results in the next three years, ten percent responded in the next five years and 38 percent in the next ten years.

Friday’s sessions included panel discussions on airport planning for the future, labor, finance and a executive panel with CEO’s from

Qatar, jetBlue, Republic, US and British Airways. The keynote luncheon speaker was David Grizzle, Chief Counsel with the FAA.