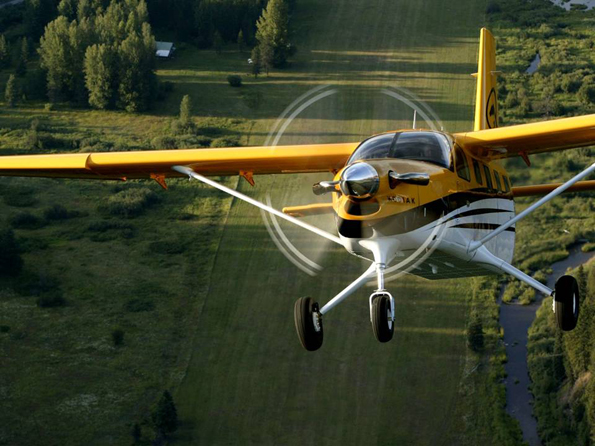 Cutter Aviation will be accepting and delivering the first Quest KODIAK for the Southwestern U.S. dealer territory from Quest Aircraft Company in December 2011.  Cutter Aviation Aircraft Sales was announced as the Authorized New Aircraft Dealer for Quest KODIAK for the Southwest U.S. in August 2011 at EAA AirVenture by Quest Aircraft Company. Cutter Aviation Aircraft Sales, in a release said they are excited to bring KODIAK s/n 100-0061 to the region and demonstrate the KODIAK’s modern, rugged and powerful STOL capabilities while carrying high useful loads to every runway from modern urban airports to remote backcountry airstrips.

Powered by the reliable Pratt & Whitney PT6A-34 turboprop engine, the Quest KODIAK can take off in under 1,000 feet at full gross weight and climb at over 1,300 feet per minute.  Configured for straight cargo or up to 10-seat in a passenger layout, the KODIAK features the latest Garmin G1000 flightdeck and can easily handle unimproved airstrips.  Additionally the KODIAK is configurable for water operations with floats or amphibs without structural upgrades as the airframe was designed for such operations originally.

R.D. Wooten, Regional Quest KODIAK Sales Manager for Cutter Aviation Aircraft Sales said the Quest KODIAK is truly a perfect aircraft for owners and operators in the Southwest United States and with vast stretches of sparsely populated and rugged landscape in Texas, New Mexico, Arizona, Nevada and California, it takes the flexible utility aircraft like the KODIAK to get the job done.

The Quest KODIAK s/n 100-0061 being delivered in December by Cutter Aircraft Sales will feature premium options such as the larger 29” Tire upgrade package, four additional Timberline passenger seats, air conditioning and the Garmin GDL 69A-XM Data Link with Audio Infotainment package to give it the utmost utility capabilities for customers within the Southwest.