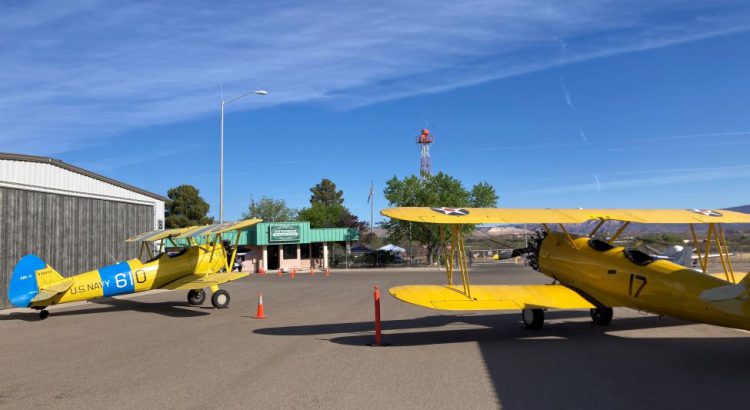 Proactive programs related to noise and other projects, including runway improvements, helped lift Cottonwood Airport to an award as the state’s Airport of the Year for 2022.

The Arizona Department of Transportation’s Aeronautics Group cited the Cottonwood Airport’s community efforts as a key reason for the honor.

Cottonwood Airport Manager Jeff Tripp said recent accomplishments included the airport’s noise abatement program. The program has reduced noise complaints from the public and increased public support for the facility, according to Tripp. He added that Cottonwood Airport staff developed and implemented a noise abatement program to update and modify practices to help mitigate aircraft noise to the greatest extent.

The airport also developed a monthly airport operations noise abatement report for the public, the city’s airport commission, the city manager’s office as well as the Cottonwood city council.

Cottonwood Airport’s community outreach, implementation of action items in its noise mitigation plan and support for a local youth program, were key reasons Cottonwood earned the Airport of the Year award, according to Matthew Munden, ADOT’s aeronautics group manager.

The Experimental Aircraft Association’s Young Eagles youth program has allowed young people and their parents to become more aware of the Cottonwood Airport and the benefits it provides to the community, according to Munden.

The airport and Cottonwood’s Public Works Department collaborated to complete crack sealing of the taxiway and work on other facilities.

This is the first time Cottonwood Airport has been named the state’s Airport of the Year. It is one of 67 airports across Arizona that are publicly owned and publicly operated. ADOT’s Aeronautics Group works to disperse grant funding to eligible capital improvement projects at state airports.