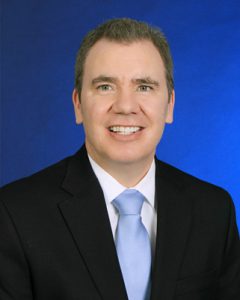 Bradley A. Hagen will join the City of Phoenix Aviation Department as Manager of Phoenix Goodyear Airport on April 17, replacing Goodyear Airport Manager Joe Husband, who retired in March.  Hagen has more than 24 years of experience in the aviation industry.  He most recently worked as the Airport Projects and Operations Supervisor for Falcon Field Airport in Mesa, Arizona, where he was responsible for all operations at the airport as well as overseeing the budget, compliance activities and more.

Phoenix Goodyear Airport is home to fixed base operator Lux Air Jet Centers as well as Lufthansa Aviation Training USA, a world-renowned pilot training facility, and AerSale, an aircraft maintenance repair and overhaul facility. Phoenix Goodyear is one of three airports owned and operated by the City of Phoenix. The other two are Phoenix Sky Harbor International Airport and Phoenix Deer Valley Airport.

“We are excited to welcome Bradley as the new Phoenix Goodyear Airport Manager,” said Acting Assistant Aviation Director Bobbie Reid. “He brings extensive knowledge of the aviation industry.  Bradley has broad knowledge of the capital improvement process, and has proven experience working closely with the Federal Aviation Administration, local government agencies, and the general public.  His skills will be an asset to our airport system.”