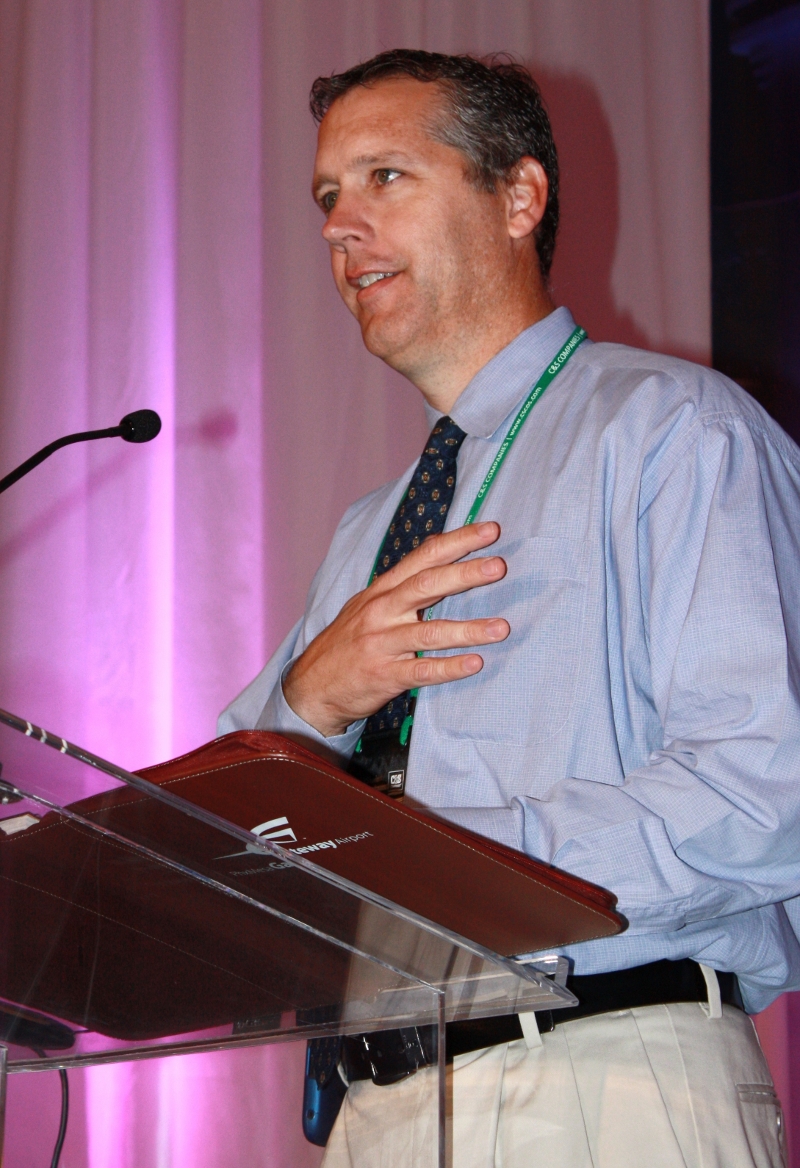 In a recent letter to John Halikowski, Director of the Arizona Department of Transportation,  (ADOT), Casey Denny, (pictured) President of the Arizona Airports Association, (AzAA), objected to a planned sweep of $6.5 million from the state’s aviation fund.
In his letter dated June 1, 2010, Casey noted that the Arizona State Legislature directed the sweep from ADOT’s Equipment Fund, not the State Aviation Fund. Casey went on to say in his letter that the organization truly understands the critical [fiscal] situation the state is in, but as the advocate for airports in the state and as long as airport infrastructure needs are not being met, we must object to the use of any state aviation funds being used for non-aviation uses.
Casey’s letter also noted that based upon the fact that ADOT is currently delaying payments to airports across the state for grants issued in past fiscal years, it is inappropriate to transfer funds out of the State Aviation Fund to meet a budget obligation imposed on an unrelated fund prior to repaying all outstanding reimbursement requests.
The State Aviation Fund receives revenue from various sources including Flight Property Tax, which is

assessed on airline equipment being used in Arizona, aircraft registration and lieu tax, revenue from the Grand Canyon National Park Airport, and interest from loans and investments.
The AzAA letter stated that if there is insufficient monies in the targeted fund any State Aviation Fund monies used to cover the legislative sweep should be considered temporary and paid back over time.