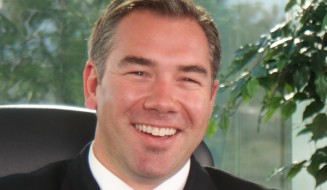 Woolpert has named Scott Cattran president and chief executive officer, it was announced today. Cattran has been with the national architecture, engineering and geospatial (AEG) firm for nearly 17 years.

Cattran was hired by Woolpert as a phase manager in the firm’s Dayton headquarters in 1999 and moved to the firm’s Denver office in 2001. Over the next nine years, he helped establish and expand the firm’s Western presence in more than a dozen western states, winning several multimillion-dollar programs.

He then moved to Woolpert’s Chesapeake, Va., office in 2011. While there, he helped lead sales of more than $30 million, as well as double the profits of the Water Division in just four years. Through late 2014 and all of 2015, Cattran served as chief operating officer.

Today’s announcement comes on the heels of a stellar 2015 for Woolpert, which recorded sales topping $125.8 million and profits of more than $8.6 million.

“The strategic plan that we set into motion at the end of 2014 helped us focus and work collaboratively as a firm in 2015,” Cattran said. “We had five-year highs in profitability, utilization, sales and net revenues. I am also confident that we can sustain this level of performance into the future.”

Cattran earned bachelor’s degrees in English and geography from Queen’s University in Ontario, Canada, and a master’s degree in geographic information systems (GIS) from the University of Edinburgh, Scotland. Recently, he earned a scholarship to the Global Executive 2016-17 Master of Business Administration program at Duke University’s Fuqua School of Business.

Cattran said the industry and Woolpert, which was founded in Dayton in 1911, have grown and changed tremendously since his career began.

“In the middle of it all, we went through a recession. Running a division during a recession is much different than running it in a recovery, but it was a very good learning experience for us all,” Cattran said. “From Woolpert’s perspective, we’ve continued to grow larger and more integrated programs. When I first joined, I was pursing $10,000 single-service projects; in 2016, we’re securing $10 million, $20 million and $30 million-plus architecture, engineering and geospatial integrated contracts.

“Our firm is filled with amazing talent, and I have a dream team to work with. We’re better poised to serve our clients and our employees than ever before,” Cattran said. “Woolpert is structured to offer AEG services to all markets—giving unique value to clients and opportunities to innovate for employees.”

Cattran also discussed the importance of building a supportive culture at Woolpert, with a commitment to providing industry-leading benefits, career plans and workplace environments.

“We share a common purpose—to help our employees, clients and the world progress,” he said. “And we share a common future—to build Woolpert into the premier architecture, engineering and geospatial company in the United States. Our company is undergoing a very exciting and positive transformation.”

In his new position as president and CEO, Cattran and his family of four will move to the Dayton headquarters this summer—and back to where Cattran started with Woolpert.

“Above everything, what I love about Woolpert are the people I work with and the opportunities available to all,” Cattran said. “In my 17 years with this great company, I have held seven different positions and I have enjoyed every one of them—but I am most honored and excited about this one!”