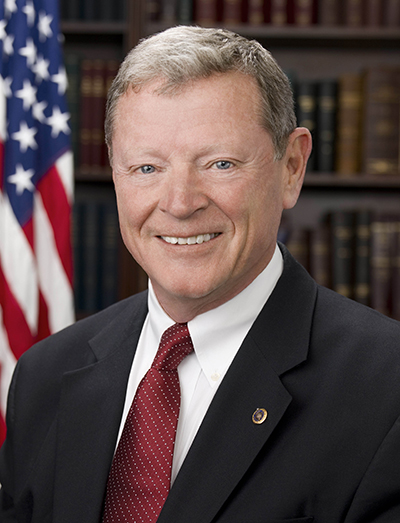 Third class medical reform will once again go to the full Senate for a vote, this time as part of the National Defense Authorization Act (NDAA).

The Senate Armed Services Committee on May 13 approved the NDAA, including third class medical reform language from the Pilot’s Bill of Rights 2 (PBR2), by a vote of 23-to-3. The full Senate is expected to take up the measure later this month.

“This is great news for general aviation,” said Mark Baker, AOPA president and CEO. “Third class medical reform is vital to our community, and it has widespread bipartisan support. We applaud Sen. James Inhofe (shown at right) and the Senate Armed Services Committee for taking action to update an unreasonably cumbersome system that costs pilots millions of dollars and countless hours while doing little or nothing to improve safety.”

Inhofe (R-Okla.), who introduced PBR2 and has championed its adoption by the Senate, expressed appreciation for AOPA’s consistent support of the legislation.

“Including the Pilot’s Bill of Rights 2 in the National Defense Authorization Act demonstrates the commitment of the Senate to getting third class medical reform passed this year,” said Inhofe. “As always, I thank AOPA for all of the hard work they’ve done to make this a priority in Congress. I look forward to working with them to get this across the finish line.”

The Senate has already approved third class medical reform language from the Pilot’s Bill of Rights 2 (PBR2) twice in the past five months—first as standalone legislation and then as part of the Senate’s FAA reauthorization bill.