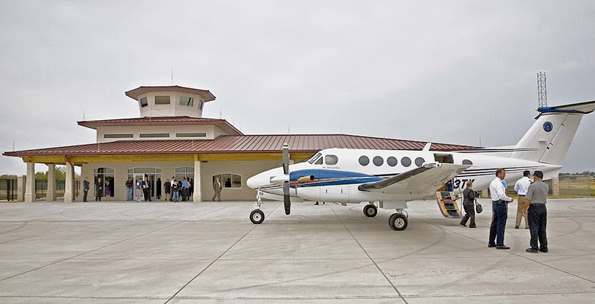 The Texas Department of Transportation has recognized The Terrell Municipal Airport as its 2014 General Aviation Airport of the Year, making the announcement at its awards banquet on April 10th, 2014. Terrell was once the home to the top British Flight Training School for Royal Air Force cadets during World War II and is now the home to five Fortune 500 company divisions that create thousands of jobs and serves nearly 100 based aircraft.

Dave Fulton, Texas Aviation Division Director, said the standards at Terrell are set high. “The perfectly manicured and landscaped entrance to the airport serves as the front door for economic development for the region.”