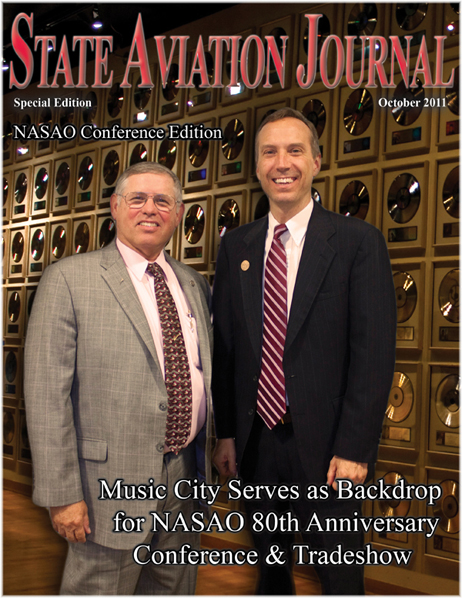 The State Aviation Journal has posted its latest issue, the 2011 NASAO Conference Edition. "This was probably the most ambitious issue we’ve put togeather," said Kim Stevens, publisher. "We have thirty-nine pages filled with exclusive photos and articles from the 80th Annual NASAO Conference and Tradeshow, held last month in Nashville, TN."

In addition to the publisher, there were three contibuting writers on-hand in Nashville to cover the sessions, talk to attendees and exhibitors. "We were also able to enjoy the culture and entertainment in Nashville, said Stevens. "It was a great time."

The State Aviation Journal was the recipient of NASAO’s National Journalism Award. Stevens accepted the honor at the association’s Awards Banquet.