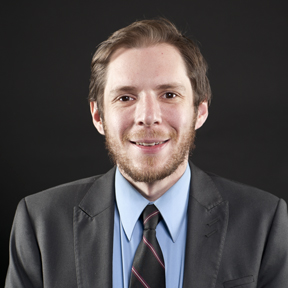 The American Association of Airport Executives (AAAE) has named Adam Snider as Director of Public Affairs.

“Adam has built his reputation covering aviation and transportation policy in Congress for years,” House Transportation and Infrastructure Chairman Bill Shuster (R-PA) said of Snider last week upon learning of his move to join the Association.

“He knows these issues well, and I wish him well as he joins AAAE.” “I’ve admired Adam’s policy chops, work ethic, and commitment to accuracy for many years,” AAAE President and CEO Todd Hauptli said. “He will be a great addition to the AAAE team, and he joins us at a particularly critical time as we gear up for the next FAA reauthorization bill.”

In his new role, Snider will serve as primary press contact for the Association and be responsible for working with reporters from a variety of publications to enhance awareness of AAAE’s policy positions and the organization’s ongoing work to advance the interests of airport executives. He will also be actively involved with advocacy efforts in Washington and legislative and regulatory communication with the AAAE membership. Adam joins the AAAE Airport Legislative Alliance, which includes Executive Vice President of Government and Public Affairs Joel Bacon, Senior Vice President of Government Affairs Brad Van Dam, and Staff Vice President of Digital Communications and Government Affairs Gwen Basaria.

Snider joins AAAE from POLITICO, where he covered aviation, airport and other transportation issues for the past three years and was a long-time author of Morning Transportation, a policy newsletter read by a wide array of aviation and transportation stakeholders, member of Congress and top staffers at the Department of Transportation. He has more than ten years of experience on Capitol Hill and in the media, including seven years with BNA (now Bloomberg BNA) before joining POLITICO.

He also joins AAAE at a crucial time for the organization and the airport industry. Congress will consider an FAA reauthorization bill early in 2015, giving lawmakers an opportunity to address long-term policy questions concerning airport and aviation system financing. AAAE and the airport community are committed to gaining additional resources for airports to address a growing gap between infrastructure development needs and available funding. Key to that goal is a proposal to modernize the local Passenger Facility Charge (PFC) program, last adjusted in 2000.

Adam is a graduate of Clemson University in South Carolina, where his parents still live, and has a Bachelor of Arts in English with a minor in Communications. He lives in Washington, D.C. and has long admired airports and their important place in the national aviation system. Adam doesn’t play airport favorites, but has frequented Ronald Reagan Washington National Airport, Greenville-Spartanburg International Airport and Charlotte Douglas International Airport on his trips to and from his home town.