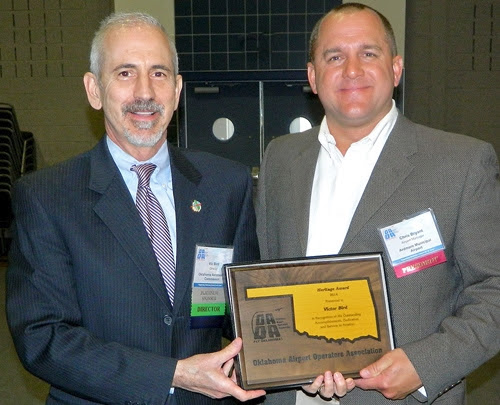 Bird called it an honor… “and the honor isn’t just because I’m in superb company, namely former astronaut John Herrington, but because the award is for doing exactly what the Oklahoma Aeronautics Commission was created to do: ensuring that the needs of commerce and communities are met by the state’s public airports, and increasing the viability of our aerospace industry.” In other words, Bird said he recieved the Heritage Award for doing exactly what he was supposed to do.