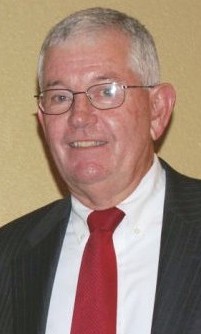 Washington, DC, September 30, 2009 – Members of the National Association of State Aviation Officials (NASAO) presented the association’s awards at their annual convention and tradeshow in Tucson, Arizona earlier this month.

The Kenneth A. Rowe Ambassador of Aviation Award:  The highest award NASAO members may present to a fellow aviation agency director was presented to Dr. David S. Fulton, (shown at right) a former NASAO president, an outstanding defender and promoter of State Block Grants, and an active and engaged member of the association for more than 29 years.

This award was established in 1994 in honor of the now-retired Aviation Director of the Commonwealth of Virginia, Ken Rowe and is only presented to a NASAO member who embodies Ken Rowe’s strong spirit – his sense of optimism and fierce pride in the capabilities of state aviation agencies.

2009 Most Innovative State Program Award:  This award salutes a single state for finding a solution to a challenging problem of the past year.  The Colorado Division of Aeronautics was recognized this year for their Non-Federal Sensor Data Collection System.  The Colorado project allows state collected weather information to be shared throughout the national weather system enhancing aviation safety and advancing technology of NextGen.
 Kever
2009 Distinguished Service Award: In an extremely rare tie, this highest recognition that can be presented to state aviation agency employees was awarded to two recipients for excellence in service and dedication to aviation progress and development in their states: Cynthia Kever, Missouri Department of Transportation Aviation Section and Karon Wiedemann, Texas Department of Transportation Division of Aviation.
 Wiedemann
2009 Center Aviation Education Program Award:  This award recognizes the efforts of the state aviation agencies to educate and motivate the public with aviation-related education programs.  This year the Arizona Aeronautics Division received the award for their Aerospace Badge Workshop.  Barclay Dick, director and Kim Stevens, deputy director Arizona Department of Transportation Multi Modal Planning Division – Aeronautics Group accepted the award.

The National Association of State Aviation Officials is one of the most senior aviation organizations in the United States, predating even the Federal Aviation Administration’s predecessor, the Civil Aeronautics Authority. Since its founding in 1931 the association has represented the men and women, in state government aviation agencies, who serve the public interest in the states, Guam and Puerto Rico. These highly skilled professionals are full partners with the federal government in the development and maintenance of the safest and most efficient aviation system in the world. They organize, promote, and fund a wide variety of aviation programs across the nation.