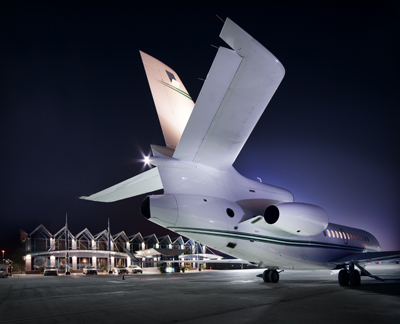 The exhibition was opened by His Highness Sheikh Hazza bin Zayed Al Nahyan, National Security Advisor and Vice-Chairman of the Abu Dhabi Executive Council, alongside honorary attendees from Royal families and senior dignitaries from the GCC.
The UAE General Civil Aviation Authority (GCAA), one of the key participants and industry stakeholder, was keen on supporting Abu Dhabi Air Expo since it was announced late last year, as it saw the potential the show will have in creating an effective awareness among the general public in the UAE and the region on the opportunities available within this dynamic industry.
Captain Khalid Humaid Al Ali, GCAA, awarded Mr. Yousif Al Hammadi an appreciation certificate from the GCAA on the last day of Abu Dhabi Air Expo in recognition of ADAC’s successful initiative of hosting the region’s first General Aviation Exhibition in Abu Dhabi. Captain Al Ali said: “Abu Dhabi Air Expo will help develop and enlarge the aviation industry in the region, with the show demonstrating Abu Dhabi’s continuous commitment in developing the dynamic aviation sector and position the capital as the centre for industry innovations. GCAA are proud to support the inaugural show and look forward to future successes.”
Abu Dhabi Air Expo witnessed several big announcements including ADAC’s own agreements with Falcon Aviation Services and R Offices. The show also inaugurated the AOPA UAE, as the 70th local AOPA to join the International Association of Aircraft Owner and Pilot Associations (IAOPA).
Falcon Aviation Services used Abu Dhabi Air expo as an opportunity and hosted two children of the Make A Wish Foundation and made their dream of becoming a pilot come true during the event.
Other participants also used the show as a platform to announce their latest innovations, agreements and ventures.
Other key signings included:
·       Qatar Executive appointed newest Bombardier Authorized Service Facility in the Middle East.
·       Jet Aviation was announced “The Best Handler of the Year 2011” by Jepessen.
·       Abu Dhabi Aviation signed an agreement with Mubadala to establish an aviation simulation center, and also signed with Agusta Westland to launch an aircraft maintenance centre.
·       Saudi Private Aviation (SPA) confirmed it is now officially the largest single customer of Dassault Falcon 7X aircraft after taking delivery of its fourth trijet this week. The aircraft is on display at Abu Dhabi Air Expo this week, just days after the official handover from Dassault.
·       During the event, the TBM 850 aircraft was showcased. The TBM 850 is the world’s fastest turboprop, with a maximum speed of 745kph (402 knots) and a range of 2,780km (1,500nm).
·       The Ministry of Interior showcased an air ambulance during its participation at Abu Dhabi Air Expo, supported by Brigadier commodore Ali Al Mazrouei, Director of Abu Dhabi Police Air Wing Department.
·       Saudi pilot Sami Al Refai revealed that he will be the first Arabian pilot to make a tour around the world starting from Al Bateen Executive Airport in Abu Dhabi next month.
The Air Expo also assisted in creating an opportunity to engage the general public and community in its activities, as the show welcomed more than 600 students from various colleges and institutions in Abu Dhabi invited by ADAC to view what the aviation industry has to offer to the younger generations.
Yousif Hassan Al Hammadi, Chairman of the Organizing Committee for Abu Dhabi Air Expo, Deputy General Manager, Al Bateen Executive Airport, said:
“ADAC is proud with this remarkable success of Abu Dhabi Air Expo. The number of visitors welcomed at the show combined with the generated value of signed agreements is a clear indication of Abu Dhabi’s strong position as a key aviation hub for the region.”
“Within the corporate aviation market it’s sometimes difficult to distinguish the exact number of aircraft that are sold as buyers are very often kept anonymous. However, ADAC estimates that more than one billion dirham worth of business deals has been officially signed during the days of the exhibition” Added Al Hammadi.
Visitors of the show also enjoyed a daily air display performed by Al Fursan Aerobatic team and Emirates Sky Diving team along with a daring display by the famous Captain Zoltan Veres, owner of five Guinness records in aerobatic displays.
For more information about the show, please visit: www.albateenairport.ae or www.adac.ae
Attachment: