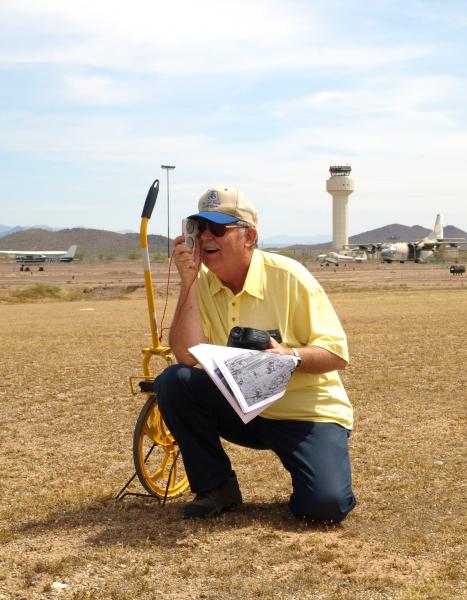 I hate to admit it, but my association with the 5010 Airport Master Record program probably dates back to the mid 1970’s.  At that time, the Federal Aviation Administration was responsible for updating the forms; but because of staffing and budget issues the program had “slipped” in priority.  As such, several of the states were noticing that the information in the system and how it was being displayed on the charts was becoming quite outdated and in some cases hazardous.  Perhaps misery loves company, but out of necessity, a group was formed called the Great Lakes Advisory Committee.  The Committee was comprised of staff members from each of the Great Lakes States.  They were appointed by the state Directors and usually given a task of investigating any particular problem that was common to all of the states.  One of the first issues studied was the validity of the airport data contained in the Airport Master Record.  Each of us reviewed the “official” 5010 for our states and compared them with our own inspection records and reported back to the Committee.  Our suspicions were confirmed that there was a lot of erroneous or dated material and that the 5010-5 “mail-out” forms contained significant errors.  Our findings were reported to the FAA and eventually they caught the eye of NTSB.

The net result was that the FAA began to contract with the individual states for the update of the 5010 forms and airport sketches.  The primary thought was that most states were more aware of any changes that need to be made to the record.  Several states have licensing requirements and were visiting each of their airports on an annual or otherwise scheduled basis. After several years, the program was consolidated under the auspices of the National Association of State Officials, who then became the “contracting” agent for each of the states.  This arrangement continued until it became a funding responsibility issue between the states and the FAA.

In 2004, the FAA decided to contract out the 5010 program and that is when GCR & Associates Inc. and Southern Illinois University submitted their first proposal.  As a part of this program, the old “red pencil mark-up” and mylar sketches were to be scrapped and replaced with a modern, web-based program and electronic data base.

When I retired from the Illinois Division of Aeronautics as the Bureau Chief(s) of Engineering and Aviation Safety, I knew that wanted to continue my involvement with aviation.  I still was an Advisor for an Aviation Exploring Post and an E.A.A.  Co-Chairman for the Aviation Exploring Base at Oshkosh, WS.  I maintained my Civil Air Patrol and A.O.P.A.  memberships and my Professional Engineering license.  In addition, I had been teaching the Airport Planning Course for Southern Illinois University’s Off-Campus Programs and was a member of SIU’s Aviation Management & Flight Advisory Board.

When the contract was awarded to GCR and SIU, I was asked by SIU to assist with the management of the 5010 program.  As such, I would help oversee the development of the contracts, contract administration and act as an inspector, instructor and mentor to the students selected to participate in the program. My past involvement with the states through NASAO and GCR has help immensely with the program.

Since 2005, my navigator-wife Donna & I have logged 70,000 miles on our motor home and nearly the same on our “toad” updating the 5010 information.  The motor home not only provides a convenient place to stay, but is an office on wheels.  Besides the requisite survey equipment, I usually maintain a small library of FAA Advisory Circulars and forms that have been helpful in assisting the airport owner, manager and sometimes a consultant.  Although we drive to the locations, the SIU students will usually fly to the closest location and then rent a car for the duration.  On a couple of occasions, they too have driven from campus to participate in the program.

To accomplish the program, we spend approximately four months each year “on the road.”  We have always been avid travelers, but the 5010 program has provided the opportunity to really see and experience a few states to a degree not afforded the casual “vacationer.” The typical “tourist traps” are still there, but usually the local airport people will give you a “heads-up” on what to see and do. I’m a history buff, so that’s usually on my “off-time” agenda.  With few exceptions, the people involved in aviation are absolutely wonderful.  In several locations, I’ve actually encountered people that I already knew or who were Interns/students with the Illinois Division several years ago.  In many instances, we camp at an airport or use it as a base from which to travel to other airports within reasonable driving distance.  We have been welcomed and participated in local airport open houses, air fairs and other events.

Along the way, we’ve encountered dust and snow storms, torrential rains, blazing heat, gale force winds, flash floods, hail and dry lightning storms.  Animals and critters that we’ve experienced range from moose and elk on the large end of the spectrum to rattle snakes, lizards, hungry mosquitoes and fire ants at the other.  And I cannot forget a Puma on an airport in Texas and another near Williams, AZ.  Of course, in Texas, one airport manager (who is also the Justice of the Peace) informed me that they called them “long tailed cats.”  None the less, it gets your attention when the largest weapon on your body is a pencil.

Airports have ranged in size from a 1,200’ dirt strip, to a former Air Force base with 12,000’ concrete runways.  Acreages have ranged from the teens to the thousands and the approaches from “blocked” to over 100+:1. Available lighting systems go from reflectorized license plates to high intensity systems with all the bells and whistles.  Approach aids have ranged from plywood batter boards to the latest PLASI and PAPI systems.   Even with large fences, a lot of airports caution against “wildlife on or in vicinity” of the airport.  Security ranges from the proverbial airport Dog and “I wouldn’t walk out there if it were me” to 10’ high barbed wire topped chain link fence to keep out the elk and moose and perhaps an errant terrorist.  The A.O.P.A. security program that has been adopted by many airports is working amazing well.  We have been “challenged” by more aircraft owners and pilots about “our business” at the airport than by local law enforcement.

Of course everyone at the airport has a story to tell or a question that they want to ask.  Sometimes it’s about flying, other times it’s about engineering, planning, a lease question or some other problem that they are experiencing.   Perhaps they’ve already decided what they are going to do, but are just looking for support or justification.  A considerable amount of time is spent with the airport owner/manager discussing any problem areas.  In many cases, the owner/manager will accompany us during the inspection.  Sometimes just to see what we’re looking at and sometimes to ask questions about items that are of concern to them.

If available, we’ll run into the nearest town in the evening to the local Wal-Mart, Walgreens or CVS Pharmacy to utilize their 1-hr photo processing.  The evenings are spent writing letters to the airport owners/managers that delineates any problems that were discovered and any possible solutions.  When done, the airport owner/manager receives a complete set of photos and a copy of the letter on SIU letterhead.

Whenever possible, we like to meet with the state aviation personnel to go over the findings and deliver a set of photographs taken at the airport.  If there are some substantial safety problems or the more nuisance type problems (usually involving fuel sales or exclusive use), we will discuss the situation in further detail.  The good thing about the 5010 update program is that you only need to identify problem areas.  You can refer to the appropriate FAA guidelines for resolution and perhaps suggest a course of action.  However, any compliance issues are left to be resolved by the local, state aviation and FAA officials.

Look for expanded coverage in our June/July 2009 issue of the State Aviation Journal.