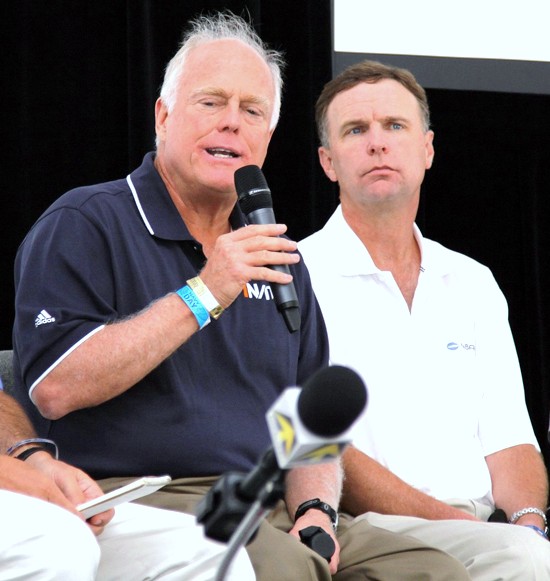 The National Air Transportation Association (NATA) has announced that its President, James Coyne, will be stepping down at the end of this year. Coyne, who has been President since 1994, said in a letter to NATA members that he and his wife, Holly, have decided it was time to "refuel, change our heading a bit, and perhaps even move to a different flight level."  (Coyne, left, with Ed Bolen of NBAA. Photo by Shahn Sederberg.)

Coyne served a year in the U.S. House of Representatives during the Reagan years, then worked in the Reagan White House for two years as a pro-business advocate. He then served in several other D.C.-based business advocacy groups before joining NATA. He and his wife are both pilots.
Coyne said he would support the board in the transition process and work to hand over to the new pilot of NATA an airworthy association. NATA works to represent the interests of small aviation businesses such as FBOs, flight schools, and charter operators.
Attachment: