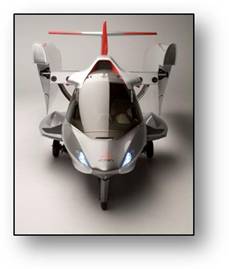 ICON Aircraft announced that it received 143 deposits for its A5 amphibious Light Sport Aircraft during the weeklong 2011 EAA AirVenture Show in Oshkosh, Wisconsin.  The new orders take ICON’s order book to position #694, and represent record levels of interest for sport flying and the ICON A5 specifically.

To celebrate EAA AirVenture and support the Young Eagles, ICON offered a special promotion during the week that lowered the deposit for an A5 from $5,000 to $2,000 and also matched 10% of each deposit value ($200) with a contribution to EAA Young Eagles (www.youngeagles.org), a non-profit organization aimed at exposing youth to aviation.  The company’s orders for the week generated over $28,000 for Young Eagles.

ICON founder and CEO Kirk Hawkins said that they are both thrilled and humbled by the overwhelming interest in sport flying and the ICON A5.  The 143 deposits, according to Hawkins, demonstrate the tremendous demand for ICON’s consumer-focused approach toward aviation and its blend of world-class design with engineering.  Additionally, given ICON’s core mission to grow aviation by reaching out to all those who have only dreamed about it, especially the younger generation, Hawkins said the company is also excited to be able to support the Young Eagles with such a material financial donation. There are millions of people out there who would love to fly and according to Hawkins, they just need to reach out to them with products that inspire them.

ICON continues to work toward starting the production of the A5, and announced during the show that their flying prototype aircraft made its first flight with its production wing design on Thursday the 25th of July.