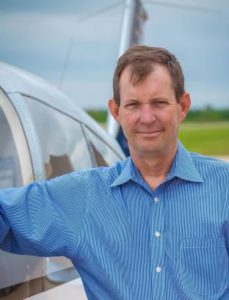 Michael Ray, of Guymon, was appointed to represent the 3rd Congressional District. His term will expire Dec. 31, 2019. Ray previously served as an at-large commissioner since 2010. Ray is a private pilot with an instrument rating.

Joe Harris, of Goldsby, was appointed to fill Ray’s unexpired term, which expires December 31. Harris has been a licensed pilot for 43 years and has owned several aircraft. He recently retired as general manager and CEO of Kay Electric Cooperative in Blackwell.

Dave Amis III was appointed to a new term that extends through December 31, 2020. Amis has been on the commission since being appointed by former Gov. Frank Keating in 1997. Amis has been in the aviation industry nearly 30 years and runs his own aviation and sales consulting firm, Vector Air, Inc.

The commission’s next meeting is scheduled for July 14 in Oklahoma City.