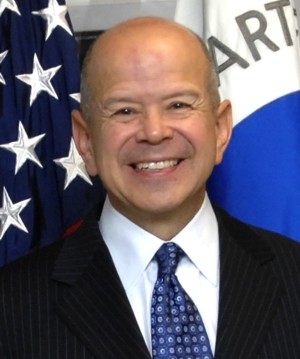 The Federal Aviation Administration (FAA) released today an 18-month study called General Aviation Airports: A National Asset. The study was conducted to capture the many diverse functions of general aviation (GA) airports.  As a result, the general public is expected to have a better understanding of GA airports in the community and within the national air transportation system.

The National Association of State Aviation Officials (NASAO), a participant in the study, applauded the FAA for issuing the report which was unveiled today by Acting FAA Administrator Michael P. Huerta (Shown at right) during his luncheon presentation at the Aero Club of Washington.
Over the last century, GA airports have evolved from unpaved landing strips to aviation hubs. This in-depth analysis highlights the pivotal role GA airports play in our society, economy, and the entire aviation system. The FAA has conducted previous commercial service airport studies, and now has analyzed both aviation segments with the completion of this GA study.
NASAO President and CEO Henry M. Ogrodzinski, (Shown at left) said the association was honored to have played a role in  assisting FAA with this first-of-its-kind study of GA airports. The report highlights the importance of general  aviation to the nation through an extensive network of 2,952 airports that make an important economic contribution to society.  According to Ogrodzinski the FAA has done a wonderful job of collecting and cataloging  information on GA airports which will assist everyone in strategic planning.

The report identifies four categories for GA airports and documents the many important aeronautical functions that are economically and effectively supported at these airports.  The report provides a framework to better communicate the value of GA airports and their benefits.

The NASAO General Aviation Airport Strategic Plan Task Group, that assisted FAA, consisted of members from the Alabama Aeronautics Bureau, Massachusetts Aeronautics Division, Missouri Aviation Section, Oklahoma Aeronautics Commission and Wisconsin Bureau of Aeronautics.
“The ASSET study accomplishes two key things," said Dr. John Eagerton Chief, Aeronautics Bureau with the Alabama Department of Transportation. "First, it recognizes and describes the important role that general aviation airports play in our nation’s air transportation system and it justifies the continued federal, state and local investment in those airports.  Second, and perhaps equally important, the ASSET study was a collaborative process between FAA & NASAO."  As such, according to Eagerton, it was a model of stakeholder involvement and one that should serve as the template for engaging with their FAA colleagues in future airport issues.
Along with NASAO, aviation industry stakeholders involved with the FAA included other aviation associations, aviation user groups, airport directors, airport authorities, airport planners, academia, other federal agencies, and local councils of government.
The FAA study said that GA airports can serve many different functions and advance the public interest, ensuring that Americans nationwide have access to medical flights, search and rescue, disaster relief, aerial firefighting, law enforcement, community access, commercial and industrial activity, flight instruction, and air cargo. The study also aligns the 2,455 GA airports based on their existing activity levels — national, regional, local, and basic.
The categories reflect the current aviation activity at the airport, such as the number and type of based aircraft, number of passenger boardings, and the type of flights.
· national airports give communities access to national and international markets
· regional airports connect communities to statewide and interstate markets
· local airports provide access to intrastate and interstate markets
· basic airports link communities with the national airport system and support general aviation activities
The FAA plans to further study some GA airports to better understand their role. The FAA will begin working in the fall of 2012 with airport sponsors and state aeronautic divisions to identify the activities these 497 airports support, and how they serve the public interest.
The study does not affect an airport sponsors’ eligibility to receive federal funding, and does not remove any airports from the federal five-year planning document called the National Plan of Integrated Airport Systems.
The FAA will incorporate findings of the study into existing GA airport guidance. The United States has the largest and most diverse network of airports in the world and general aviation is a critical component. GA airports do more than relieve congestion at other airports, and in 2009 contributed $38.8 billion to the economy.
Attachment: