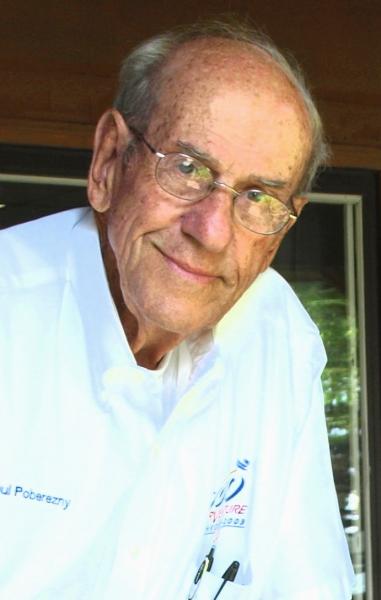 EAA Founder Paul Poberezny passed away this morning (August 22) at Evergreen Retirement Village in Oshkosh, Wisconsin, after a battle with cancer. He was 91.
The Poberezny family said that they deeply appreciate all the support shown to Paul and his wife Audrey over the past five months. Paul often said, he considers himself a millionaire because through aviation he made a million friends. He leaves an unmatched legacy in aviation and can be best remembered by all the people who discovered aviation through his inspiration to create EAA. The family also wished to say thank you for respecting their family’s privacy during this time.
Craig Fuller, president and CEO of the Aircraft Owners and Pilots Association (AOPA), expressed his condolences saying, “We were saddened today to learn of Paul Poberezny’s passing, and so incredibly grateful for all that he has left us.” Fuller said that Poberezny was a true original who embodied aviation’s best attributes of teamwork, craftsmanship, achievement and service. "To say he was a visionary is an understatement. He focused his many attributes on making the Experimental Aircraft Association what it is today, and that is clearly an outstanding legacy that benefits all of us.”
Only private family services are scheduled at this time. Memorials in honor of Paul’s life and legacy can be made to any of the following:
EAA Aviation Foundation: P.O. Box 3086, Oshkosh, WI 54903
Evergreen Foundation Inc.: 1130 North Westfield St., Oshkosh, WI 54902
American Cancer Society, Northeast Wisconsin: 790 Marvelle Lane, Green Bay, WI 54304
Poberezny served as a military pilot for 30 years before retiring as a lieutenant colonel from the Wisconsin Air National Guard in 1970. He was born in Kansas in 1921 and taught himself to fly at age 16 in a single-seat glider he helped restore.
Poberezny founded the EAA in the basement of his Milwaukee-area home in 1953 with wife Audrey. They built it into a vibrant organization that now boasts 170,000 members in more than 100 countries. Its annual summer gathering, EAA AirVenture in Oshkosh, Wisc., is one of aviation’s premiere events.
Poberezny became a central figure in American aviation as he promoted the movement of home-built aircraft and also the restoration of historic aircraft. He designed and built a long series of original aircraft, including the Pober Pixie and Acro Sport I and II. He also helped build a Pitts Special biplane that his son Tom Poberezny flew to victory in national and international competitions in the early 1970s. Tom later served as EAA president from 1989 until 2010.
Attachment: