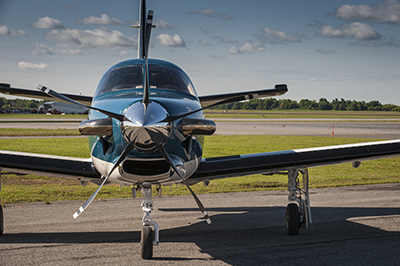 Daher’s Airplane Business Unit delivered a total of 55 TBM 900s in 2015 – a 10 percent increase compared to 2014, and the second best year since the first TBM single-engine very fast turboprop aircraft was provided to a customer in 1991.

The 2015 geographic distribution reflected global economic trends last year, as TBM 900 deliveries were led by the United States – with 44 aircraft delivered to customers across the country. Latin America ranked second, as five aircraft were provided in Brazil and two in Mexico. Europe was third, based on the two deliveries in Germany and one each in France and Spain.

“Last year’s TBM 900 results clearly confirm the continued value of our very fast turboprop, backed by services that definitely meet our customers’ expectations,” explained Nicolas Chabbert, the Senior Vice President of Daher’s Airplane Business Unit. “Adding to this is the continued enthusiasm from a global community of dedicated TBM owners and operators – our best supporters of the TBM.”

Chabbert added that 2016 is expected to be a challenging year for the international aircraft marketplace. “However, we will continue to promote all of the elements of the TBM’s competitiveness: a dependable aircraft, a highly motivated and dedicated team, a network of enthusiastic and professional distributors and solid backing by our parent company – the Daher group,” he said.

Daher’s TBM 900 is the latest member of its TBM family, following the company’s earlier TBM 850 and TBM 700 versions. To date, a total of 767 TBM aircraft have been delivered to international owners and operators, with the global fleet accumulating some 1.3 million flight hours. The peak year for TBM deliveries was 2008, when 60 TBM 850s were delivered to customers.