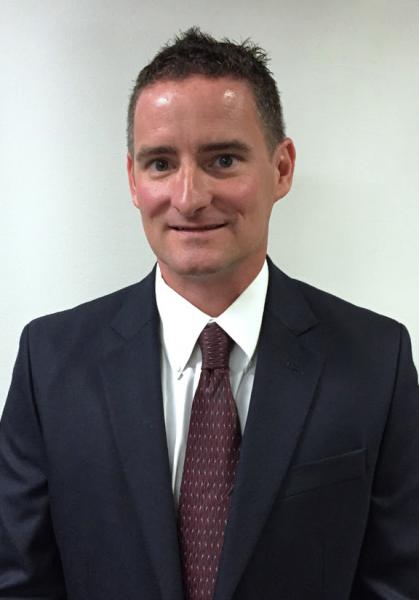 For Marty Blake, the week started out with a loss. The loss was the word “Acting” which had been given to him earlier in August following the retirement of Kevin Rector. Blake was selected on Monday to lead the Office of Aviation for the Indiana Department of Transportation.

“I am excited to continue my work with Indiana’s airport system and aviation industry,” said Blake. “We have a small but mighty, dedicated staff who are passionate about our work to help Indiana’s aviation system prosper now and well into the future.” Blake said that the position is a very self-identifying step for him as a “corn-fed” Hoosier boy who has always loved aircraft and airports.

Blake graduated in 1998 from Purdue University with a Bachelor of Science Degree in Professional Pilot Technology. Marty holds a commercial pilot certificate with single and multi-engine land airplane ratings as well as Flight Instructor certificate for single engine airplanes.

In the spring of 1998, he began work at Culver Academies in Culver, Indiana as the Assistant Director of the aviation program. Shortly thereafter, he was promoted to Director of Aviation at the academies. During his tenure there, he oversaw 10 part time flight instructors, taught private pilot ground school and provided flight instruction to well over 100 students.

Upon moving to Indianapolis in 2001, Blake began flight instructing full-time at Greenwood Aviation until he joined the ranks at INDOT Aeronautics Section as a project manager. In that position, he worked on environmental programs, state and federal grant programs, and assisted in air transportation for state officials.

From July 2005-August 2008 Blake worked at two aviation consultants located in Indianapolis. At each firm, he provided airport client grant administration, broadening his work with airports beyond the state of Indiana. He was able to work with several state DOTs and multiple regions and Airport District Offices of the FAA. He also provided corporate air travel for staff.

In August 2008, Blake returned to INDOT – Office of Aviation filling a new position that was previously held by the assistant airport engineer. In his time in that position, he worked with airports, FAA, and consultants to program AIP projects for the eastern half of the state, participate in air transportation for state officials and administration of the state airport development fund.

In 2011, Blake joined the ranks of the AAI Scholarship Fund, Inc. board of directors and is the current president of that entity. Five to seven aviation scholarships are awarded to aviation college students at the AAI annual conference in October.

Blake currently resides in Fishers, Indiana with his wife of 16 years and two daughters.