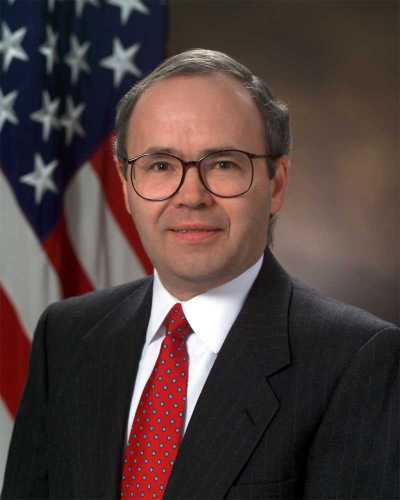 Alabama Lieutenant Governor Kay Ivey, Chair of the Aerospace States Association (ASA), last week announced the expansion of the ASA management team. Charles H. Huettner (shown at right) will continue to be the Executive Director of the association. He will be joined by Ross Garelick Bell as the new Deputy Director, and Robert E. Mansfield Jr. the new ASA Director for National Programs.

“I am delighted to announce the expansion of ASA’s management team,” said Lt. Governor Ivey. “This brings important management focus and daily leadership to ASA at a time of great expansion through state chapters across the country, the collaboration with the Aerospace Industries Association and other associations, and national programs like our very successful Aerospace Foreign Direct Investment Exposition last October.” The new management team will grow ASA and increase the influence and ability of state Lt. Governors and other state elected officials in growing high paying aerospace jobs and supporting STEM education throughout the country.

Huettner, who will continue to serve as ASA’s Executive Director, retired after 33 years of government service as the Executive Director of the Presidential “Commission on the Future of the US Aerospace Industry”. Prior to this, he was the Senior Policy Advisor for Aviation for the National Science and Technology Council (NSTC), in the Executive Office of the President. Huettner was also the Director for Aviation Safety Research at NASA and at FAA. Huettner is an Airline Transport Pilot rated in the B-747, B- 727 and the Air Force C-141 Starlifter. “It is an honor to work with and represent our nations Lt. Governors. I deeply appreciate their trust in me to lead the day to day operations of ASA under Lt. Governor Ivey’s leadership” said Huettner.

Bell will become the new Deputy Executive Director. In this role he will focus mainly on overseeing the creation and operation of state ASA chapters. He has most recently served as the Chair of the State Legislative Affairs Committee of ASA. In this capacity, Ross has launched new Chapters in Alabama, Arizona, California, Utah, Nevada, and New Mexico. He has advised legislative offices and testified before both the California State Senate and Assembly Judiciary Committees on UAS policy and vision. Bell has over 20 years of policy experience at the federal, state, local, and tribal levels of government policy development.

Mansfield will become the ASA Director of National Programs. He most recently led ASA’s successful Aerospace Foreign Direct Investment Exposition as a volunteer. He previously served as Executive Director, Center for Aviation and Aerospace Leadership (CAAL), Embry-Riddle Aeronautical University-Worldwide. Mansfield is a retired Air Force Brigadier General, gaining 34 years of experience in logistics planning, operations, and supply chain management. In his final assignment at HQ USAF in Washington DC, he served as the Air Force Director of Supply, and was the chief architect of the Air Force’s supply transformation initiative to improve weapons systems’ availability and manage cost.