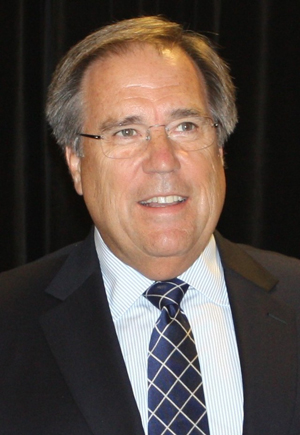 Aircraft Owners and Pilots Association (AOPA) President, Craig Fuller (pictured at right), announced today that the Association is creating a new Regional Manager Program as part of ongoing efforts to strengthen its presence at the state and local level. This is the first significant change in the organization’s field representation program in decades. AOPA will create a new team of seven full-time regional managers, whose focus will be on building government relations and strong local aviation communities. To augment the efforts of these regional managers, AOPA  will refocus its existing Regional Representative Program on promoting and supporting aviation-related events.

For many years, the aviation organization’s regional representatives have been the face of AOPA to most of the aviation leaders and government officials outside of Washington, D.C. Their commitment to AOPA’s work, their record of service to aviation, and their achievements on behalf of the aviation industry are remarkable, but according to Fuller, the world has changed, and so have the needs of their members. He said increasingly, state and local governments make decisions that affect our airports and our flying. "Full-time challenges demand full-time engagement.”

In addition to representing AOPA member interests with state and local government officials, AOPA’s new regional managers will play an important role in the Association’s efforts to stimulate and encourage greater involvement among pilots and aviation enthusiasts nationwide.

Fuller said that in there experience, one of the best ways to promote and protect General Aviation is for members of the aviation community to get engaged in support of our freedom to fly. Fuller said that their regional managers and representatives will give them more community-based resources to deploy in those efforts.