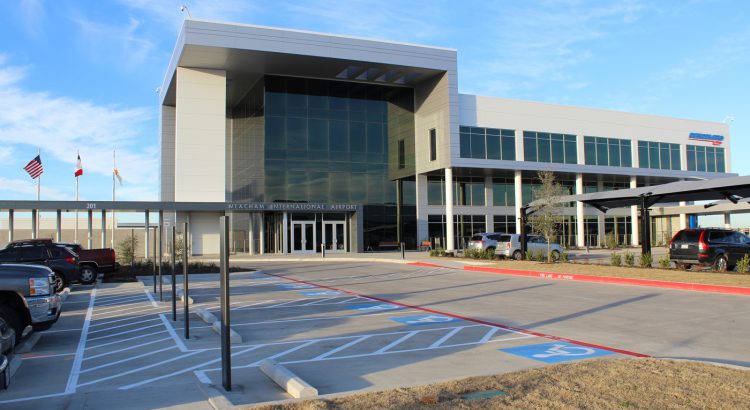 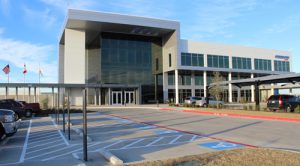 Fort Worth, Texas has invested in the future of Meacham Airport by building one of the finest general aviation facilities in the Southwest. City officials recently cut the ribbon on the new Meacham Airport Administration Building.

“The completion of this building marks a significant moment in the history of Meacham Airport and for aviation in Fort Worth,” said Jeff Kloska, assistant director of aviation and manager of the airport. “This new building is the perfect example of the best-in- class standards that Meacham Airport operates with and holds itself to, nothing less.”

In January 2015, the airport broke ground on the new 85,000-square-foot administration building, gutting the existing one for renovation, demolishing part of it and adding a third floor to meet future tenants’ needs.

The renovation project addresses many deficiencies, including outdated heating/ventilation and air conditioning systems, cooling towers that were under constant repair, lack of fire protection in certain areas and Americans with Disabilities Act accessibility concerns.

Here are some of the unique features of the building:

LEED Silver Certification. A company called View Glass donated exterior glass for the building. The state-of-the-art system can automatically tint the glass depending on the position of the sun and will significantly reduce the building’s energy usage. There are sensors on each side of the building that measure the light hitting it and adjust the exterior tinting of the glass to a predetermined setting. The building has new energy-efficient HVAC systems and uses LED lighting to reduce energy usage.

Customs office. A customs office will be operational later this year and will significantly improve customer service for business and corporate aircraft that fly to Fort Worth from international locations. Once this facility becomes operational, these aircraft will be able to clear customs at Meacham Airport 24 hours a day. The facility’s operation will be funded with a customs user fee paid by incoming aircraft.

Public art. In keeping with Fort Worth’s commitment to art in public spaces, a soaring sculpture, suggestive of a swirling flock of hundreds of birds, will be suspended to span the height of the three-story atrium. The artist, Kipp Kobayashi, is a renowned environmental designer focused on creating public places. The artwork is expected to be installed in February.

The Meacham Administration Building was built in 1968 as a two-story building with the capacity to become a five-story building. Other than a first-floor addition in 1982, there have been no updates to the original structure. The recent renovation removed the 1982 addition, increasing the size of the public apron for aircraft parking.