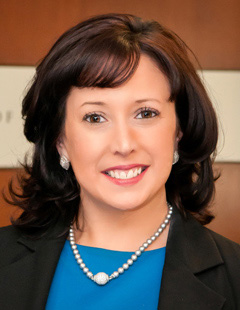 With the addition of international affairs to her portfolio, Melissa will be responsible for helping to grow the international policy and business functions of AAAE. For the past several years, she has been instrumental in the expansion of IAAE in the Latin America and the Caribbean (LAC) region, including the signing of a major training agreement with Quiport Corporación in Ecuador, operator of Mariscal Sucre International Airport, one of the biggest airports in South America.

“Melissa has been a key leader in AAAE and IAAE’s success in building new relationships with international stakeholders, as well as working with the IAAE Board of Directors to innovate our approach to international conferences and training,” said J. Spencer Dickerson, Executive Vice President of Global Operations for AAAE and Executive Director of IAAE. “Her breadth of policy experience, combined with her business acumen and dedication to our industry, brings more muscle to the association’s international focus, allowing us to increase our services to airport executives across the globe.”

Melissa joined AAAE in 2008 as Vice President of Regulatory Affairs and was promoted to Senior Vice President by President and CEO Todd Hauptli in 2014. In this capacity, she represents and advocates for AAAE’s members before the U.S. Department of Transportation, the Federal Aviation Administration and the Environmental Protection Agency. She also spearheads and supports many of AAAE’s business operations and special projects, including numerous conferences and workshops, the association’s scholarship program for women in aviation and the Wings for Autism program.

Melissa has served in a series of executive policy positions in Washington, D.C., including as Senior Policy Advisor to the Secretary of Transportation for former secretaries Norman Mineta and Mary Peters, Associate Administrator for Communications and Congressional Affairs at the Federal Transit Administration and Deputy Director of the Commission on the Future for the U.S. Aerospace Industry.

Prior to her service at DOT, Melissa spent many years on Capitol Hill as a press secretary and senior-level staffer in the U.S. House of Representatives and the U.S. Senate, as well as in the private sector for a political media firm and at a trade association representing the high-tech industry. Melissa is an ex-officio member of the Oversight Committee of the Airport Cooperative Research Program, the International Aviation Club and board member and publicity chair of the Aero Club of Washington. She is a graduate of Duquesne University, where she majored in journalism and political science.