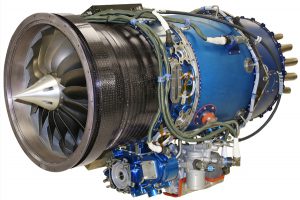 ONE Aviation announced at the Eclipse Jet Owners and Pilots Association (EJOPA) Annual Convention the selection of the Williams International FJ33-5A-12 turbofan as the engine to power the EA700 “Project Canada”. The “Canada” project was announced last year as an upgrade to the Eclipse 500/550. Relative to the EA550, the “Canada” holds more fuel in a longer wing, with 2-foot extensions on each side; more cabin volume, with a 14-inch fuselage stretch, Garmin G3000 avionics, and more power with the FJ33 engines.

The Williams FJ33-5A-12 is a medium-bypass turbofan capable of producing up to 1900 lbs. of takeoff thrust at its full rating, but will be de-rated for installation on “Canada” to just under 1200 lb. The FJ44/FJ33 family of engines are well known for their excellent thrust-to-weight ratio, fuel efficiency, and low acquisition and operating costs. The FJ33 was originally certified in 2004, with the FJ33-5A variant certified in 2016.

FJ33-5A-12 will allow the aircraft to not only meet, but exceed the performance goals established for the project. “Canada” will now have a Max Cruise speed range in excess of 1470nm, with NBAA 100-nm reserves and will be able to climb direct to its maximum operating altitude of 43,000 ft., even on hot days. Takeoff performance is also significantly improved enabling it to depart high altitude airports on hot days without offloading fuel or payload.

“I am very pleased that ONE Aviation has chosen our FJ33-5 to power their exciting new offering,” said Gregg Williams, Chairman, President & CEO of Williams International. I’m also proud of our team for developing and certifying an engine that is making jet travel more affordable.”

“I look forward to working with Williams and to all the possibilities the FJ33 brings to the “Canada” project” said Alan Klapmeier, CEO of ONE Aviation. “The additional power and efficiency of the Williams engines will once again change our customers view of personal jet performance.”