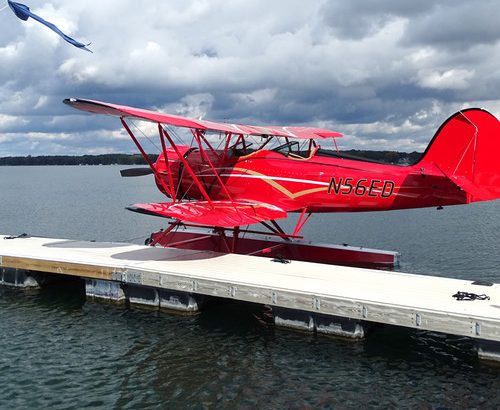 A company report says they have been working hard for the past year on the new Amphibious WACO.  The resulting unique aircraft is due to a lot of hard work and dedication by the team at Waco Aircraft Corp.

This blending of equipment has allowed us to build a great performing, exceptionally fun and beautiful WACO Amphibious float plane, the YMF-5F  (The “F” is for Float and Fun !)

Preliminary flight testing is complete and we are thrilled with its performance, both on the water and in the air.  Performance specifications are excellent, with water run times under 18 seconds and in the air numbers nearly equal to conventional landing gear aircraft.

The standard aircraft is fully equipped for water operations and also features cutting edge Garmin Avionics including ADS-B compliant transponder (in & out), Garmin digital Com and the new Garmin G5.  Other features include extensive anti corrosion measures, including the use of stainless steel fasteners and fully protected aluminum structures.  Additionally the aircraft has luxurious interior appointments and other premium features that WACO is known for.