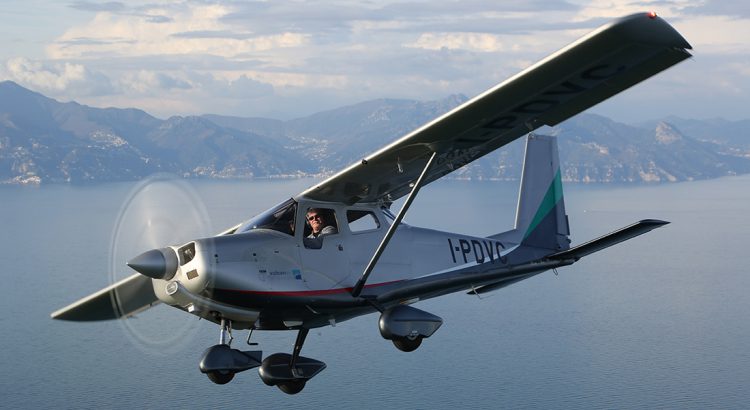 Remo De Feo, CEO of Vulcanair, and Chris Benaiges, CEO of U.S. distributor Ameravia, announced receipt of FAA type certificate on December 20, 2017, for the Vulcanair V1.0. It was promised at AirVenture 2017 that Vulcanair would have the certification before the year’s end, and that goal has been met.

This FAA certification elevates the Vulcanair V1.0, a four-seat, single-engine aircraft with an IO-360 180 hp Lycoming engine, equipped with a full IFR Garmin G500 avionics package, as the new higher standard in the training/recreational aircraft category. The V1.0 has been operating as an EASA-certified aircraft in Europe for some time. The aircraft is excellent for training. Because of the standard constant-speed propeller, it has superior speed (maximum cruise speed 130 KTAS), useful load (919 lbs.) and climb rate over the other aircraft in this market.

The V1.0 is a rugged aircraft originally designed for the European flight school and aero club markets. This European general aviation market almost always operates out of grass strips. It therefore requires a design that can stand up to decades of wear by new students dealing with coarse and uneven airfield terrain.  Vulcanair has acquired more than 60 V1.0 orders in 2017.

Aircraft deliveries will begin before Sun ’n Fun 2018, where the aircraft will be on display. There are still a small number of aircraft available at the introductory price of $259,000 delivered in Miami, Fl.  For further information visit our website at www.ameraviainc.com.