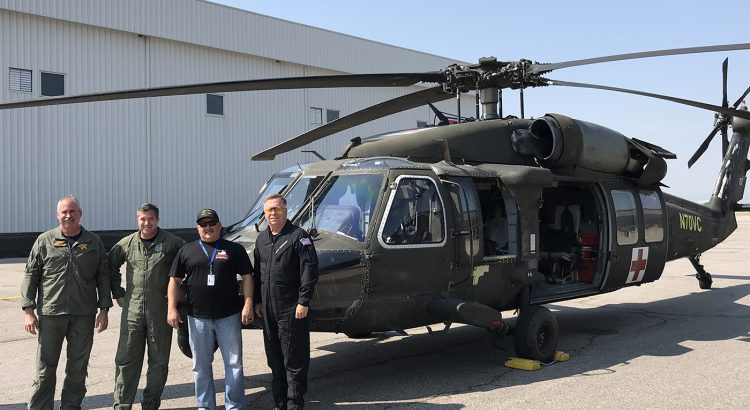 VCFD purchased two U.S. Army HH-60L aircraft, originally configured as dedicated MEDEVAC helicopters.  These aircraft were outfitted with the United Rotorcraft medical equipment and patient litter systems, some of which will be repurposed in the new FIREHAWK® configurations.  Following a full maintenance inspection, the aircraft will be painted at the United Rotorcraft Decatur, Texas facility and modified at in Englewood, Colorado.

The reconfigured aircraft will include an aerial firefighting mission package with extended landing gear, a 1,000 gallon firefighting tank, and a retractable snorkel system.  A multi-mission interior including reconfigurable crew stations will be installed to allow the aircraft to perform a variety of missions including firefighting, fire crew transport, search and rescue and medical evacuation.  In addition to mission equipment, upgraded avionics and a new instrument panel will be installed in the cockpit.

“We are so proud to be part of the future Ventura firefighting mission, as well as repurposing these Army surplus aircraft for their new homes,” says Bob Brodin, Director of Government Programs at United Rotorcraft.  “The FIREHAWK® aircraft have so many capabilities to help the people of Ventura County and we look forward to the delivery of these aircraft.”

For more information on the FIREHAWK® aircraft and/or United Rotorcraft, please contact UnitedRotorcraft@airmethods.com.