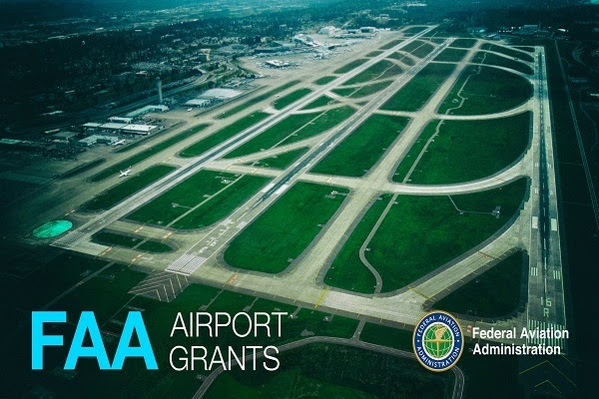 “Our airports are essential in supporting $1.6 trillion in total economic activity and nearly 11 million jobs; these federal grants will help our airports to maintain safety and improve efficiency for freight and passengers,” said Secretary Chao.

U.S. infrastructure, especially its 3,323 airports and 5,000 paved runways, increases the country’s competitiveness and improves the traveling public’s quality of life. According to the FAA’s most recent economic analysis, U.S. civil aviation accounts for $1.6 trillion in total economic activity and supports nearly 11 million jobs. Under the Secretary’s leadership, the Department is delivering AIP investments to strengthen the safety and efficiency of America’s airports.

Airports receive AIP entitlement funding each year based on activity levels and project needs. If their capital project needs exceed their available entitlement funds, the FAA can supplement their entitlements with discretionary funding. These funds are made available from the Airport and Airway Trust Fund. These grant awards do not include any funds from the $1 billion supplemental funding appropriated under the Consolidated Appropriations Act, 2018, the availability of which was recently announced in the Federal Register.

Among the grant awards announced are:

University of Illinois–Willard Airport in Champaign/Urbana, IL, $3 million – funds will be used to repair the airport taxiways A5 and A6.

Lafayette Regional Airport in Lafayette, LA, $11.8 million – the grant will fund the second phase of a five-phase terminal project.

Lake Charles Regional Airport in Lake Charles, LA, $3.9 million – the airport will use the grant to improve the runway drainage system and to mitigate wildlife hazards.

Duluth International Airport in Duluth, MN, $8.6 million – the grant will fund the repair of the pavement for Runway 9/27.

Grand Rapids/Itasca County Airport in Grand Rapids, MN $1.1 million – the grant will fund the repair of the general aviation apron.

Hillsboro Municipal Airport in Hillsboro, ND, $1.6 million – the airport will use grant funds to repair the taxiway and expand the general aviation apron where the aircraft park.

Sloulin Field International Airport in Williston, ND, $14.2 million – grant funds will help with the fifth phase of a project to construct a new airport.

Laredo International Airport in Laredo, TX, $3.6 million – the airport will use the funds to repair the apron.

Ronald Reagan Washington National Airport in Arlington, VA, $11.5 million – grants funds will be used to construct a deicing pad for aircraft and repair an apron.

Washington Dulles International Airport in Dulles, VA, $6.1 million – the airport will use the funds to repair Taxiway B.

Click on the link below for a complete listing of grants: