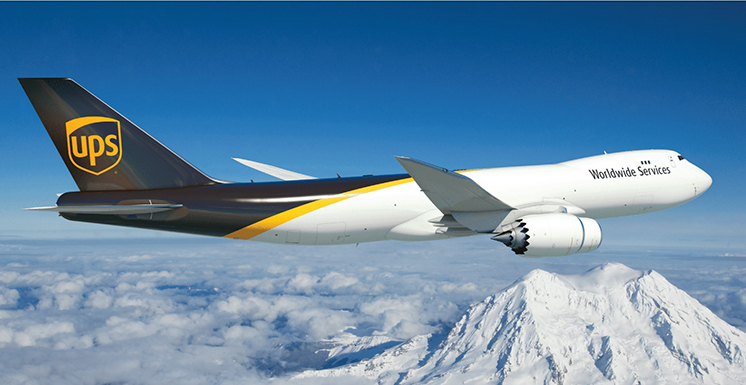 Distributing the vaccines “may be the most complex logistical challenge our nation has ever faced.”

That is how Senator Tammy Duckworth described the task of distributing COVID-19 vaccines throughout entire country. She used those words during a Thursday-morning hearing convened by the Senate Subcommittee on Transportation and Safety. The question on the Subcommittee members’ minds: “Can we meet the challenge?”

This inquiry was focused on the two shipping companies tasked with delivering the vaccines throughout the country, as well as the state and local governments who will implement community distribution of the medicines. The shipping companies were represented by two senior executives, Richard Smith (FedEx) and Wes Wheeler (UPS). State and local governments were represented by Dr. Rachel Levine, Pennsylvania Secretary of Health, and President of the Association of State and Territorial Health Officers.

Industry Challenges – Safe & reliable transportation: The Committee estimates that a gargantuan 660 million doses of the vaccines will be required to inoculate every American who wants the cure. This colossal need for the medication means there will be none to spare. As a result, any delay or spoilage of the vaccines during transportation is literally a matter of life and death. And to complicate matters, the drugs must be transported and stored at extremely low temperatures; as low as -94*F.

Under the White House’s “Operation Warp Speed,” FedEx and UPS have been entrusted with a tremendous responsibility: safely conducting the vaccines from their points of origin to the myriad distribution locations identified by state governments. This formidable obligation is placed on the two companies just as the peak holiday season is approaching; a time of year when demand on shipping capacity is already at its apex. And this year will likely see the largest-ever peak in demand, due to the e-commerce boom spawned by the pandemic.

FedEx and UPS believe they are prepared. They’re giving the vaccines top priority in their transportation networks. They’ve hired tens of thousands of extra staff to help ensure that the medicines will be the first items on and off the planes and trucks. But that’s not all. The companies have coordinated with the FAA to ensure that aircraft carrying vaccines will receive preferential treatment. Also, the shipping titans are deploying technology that will allow them to remotely monitor – at all times – the location, temperature, and other parameters for each individual package. The firms will accomplish this omniscience by using (among other things) remote-frequency identification tags. These “RFID” tags are so small and thin that many could pass for business cards – yet each contains multiple radio transmitters and receivers.

In Greek mythology, magical high-tech allowed Hermes to become the wing-footed messenger of the gods. But ancient lore also tells the tale of Achilles’ vulnerable heel. Perhaps the Subcommittee had this parable in mind during the hearing: three different Senators brought up the threat of cyber-attack. UPS and FedEx were prepared for the questions. The companies firmly believe that they have hardened their communications networks against electronic attack, as well as trained their people how to identify, avoid, and – if necessary – repel it. Also, the shippers’ safety measures are not limited to the virtual environment. For example, in certain cases they will be providing security escorts for their 18-wheelers.

These were some of the answers that Messrs. Wheeler and Smith offered to allay a few of the Senators’ most pressing concerns. But the Subcommittee’s underlying apprehension were, “Will it be enough?” and “Can that level of safety and service be maintained through the spring, and possibly even into the summer of 2021?”

The two freight giants appear confident that their massive logistics network is up to the task. But, as one Senator noted, “2020 has taught us to expect the worst.” Nonetheless, to paraphrase one of the transportation executives, FedEx and UPS are in the contingency-planning business. The companies’ job is to plan thoroughly but expect the unexpected. “Mak[ing] on-the-fly adjustments . . . is what we do,” said Smith.

FedEx and UPS both claim that they each, respectively, have the ability to deliver to every zip code in the United States, “next day,” by 10:30am. The two organizations rank among the world’s largest airlines and ground-transportation fleets. Combined, they regularly deliver more than 30 million packages per day. And, as they reminded the Senators, they “have a long history” of delivering high-value, time-sensitive, temperature-fragile packages – including pharamaceuticals.

Bottom line: UPS and FedEx believe that Americans can count on them to deliver the vaccines everywhere they’re needed, even in “hard-to-serve communities.”

State & Local Challenges – Looking beyond delivery: Secretary Levine told the Subcommittee that the “challenges we face” go beyond “how to get the vaccines from A to B.” States are struggling to promote public confidence in the drugs. They don’t have enough staff or funding to accomplish the mission (to say nothing of actually administering the injections). The Secretary pointed out that the $300 million dollars in federal funds currently allocated to states, cities, etc. amounts to less than $1 per citizen. And that’s far too little. The sum’s inadequacy was underscored by the amount of supplemental funding requested by the Association of Immunization Managers: an additional $8.4 billion dollars. But Dr. Levine also made it clear that money itself is not a panacea. Federal, state, and local governments must ensure they communicate well with each other – and their citizens.

In short: Funding, communication, and manpower are the requisite ingredients to build community trust in the cure, acquire enough personnel to administer it, and provide Americans with equal and equitable access – wherever they live.