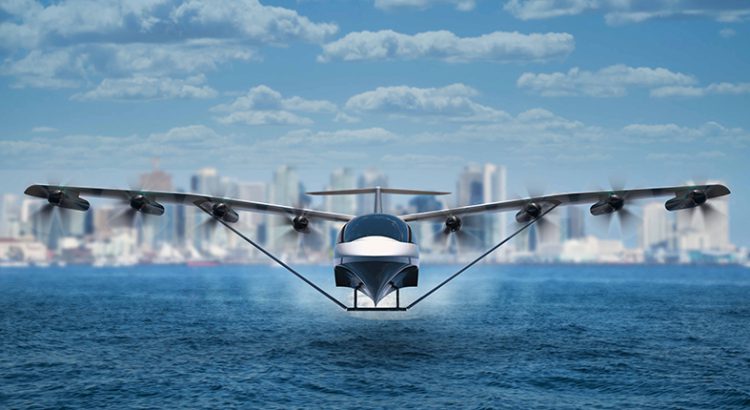 REGENT, the venture-backed aerospace company behind the revolutionary all-electric seaglider, announced that Southern Airways Express, one of America’s largest commuter airlines, has entered into a commercial agreement with firm deposits to add REGENT seagliders to its fleet of aircraft. Seagliders provide harbor-to-harbor, overwater transportation at a fraction of the cost, noise, and emissions of existing regional transportation modes like aircraft and ferries. With operations nationwide, Southern Airways will focus its initial seaglider service in its New York/New England and Southeastern U.S. markets, including Boston, Nantucket, Palm Beach, and Miami.

“REGENT is excited to deliver a more affordable, convenient, and sustainable option to Southern Airways customers,” said Billy Thalheimer, CEO of REGENT. “Southern is an industry leader in sustainable transportation and customer service. Our seaglider will enhance its fleet capability and enable Southern to reaffirm its position as an innovator in regional travel.”

The partnership between REGENT and Southern Airways is for 20 seagliders: 15 Viceroys, each holding up to 12 passengers, and 5 Monarchs, which can hold up to 100 passengers. The transaction with firm deposits is valued at nearly $250M. With this order, REGENT grows its commercial sales book to over $600M.

“The REGENT seaglider is a groundbreaking innovation in regional transportation,” said Stan Little, chairman and CEO of Southern Airways. “REGENT’s zero-emission electric vehicle unlocks an incredible amount of operating efficiency for our company while lowering costs, trip times, and our environmental footprint. We not only plan to integrate seagliders into our existing air-transportation networks at coastal airports, but also to offer new downtown-to- downtown direct routes along coastal corridors.”

The REGENT seaglider is an all-electric flying vessel that combines the speed, comfort, and navigation systems of an aircraft with the convenience, maneuverability, and affordability of a boat. Regulated and certified by maritime authorities, the seaglider will transport commercial passengers and critical cargo up to 180 miles at nearly 180 mph with existing battery technology.

Leveraging existing dock infrastructure, REGENT’s seaglider will FLOAT, FOIL, and FLY. From the dock and while in the no wake zone, the vehicle will float on its hull. Upon reaching 20 mph, it will rise up on its retractable hydrofoil. Hydrofoils offer significant wave tolerance and enhanced passenger comfort as the vehicle leaves the crowded city harbor at speeds between 20-40mph. Upon reaching open water, the vehicle smoothly transitions onto its wing, retracts the foil, and accelerates to a comfortable 180-mph cruise speed — all while staying within 100 feet of the water’s surface. Flight safety at these altitudes is achieved utilizing a multiple-redundant, state-of-the-art navigation and control system. Similar to a hovercraft, seagliders fly on a dynamic air cushion created by the pressurized air between the wings and the water. The aerodynamic advantage of this so-called “ground effect,” includes significant operational efficiencies, increased payload capability, and greater range.