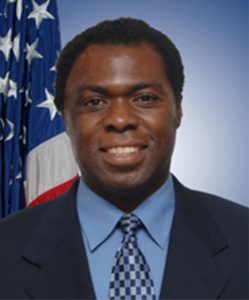 Serving as the FAA’s senior executive and principal representative of the Administrator for this region, Solco worked closely with representatives of the aviation industry, various Federal, state and local government agencies, and civic and private interest groups. He directed delivery of corporate services through the region including command and communication operations, building and facility services, executive services, and cross organizational project integration.

Brad Brandt, Aviation Division Director for the Louisiana Department of Transportation & Development and Chair of the National Association of State Aviation Officials (NASAO), thanked Solco for his years of service with the FAA and his dedication to the safety of the citizens in the five states in the region. “It has been a pleasure to work alongside Kelvin and I wish him all the best in his future endeavors.”

Solco worked in several FAA offices as a resident engineer, design engineer, program manager, and a Regional Associate Program Manager for Navigation and Landing Facilities. He served as the assistant Airports Division Manager in the Southern Regional Office in Atlanta, Georgia from June 2002 to April 2005, before becoming the Southwest Region Division Manager in Fort Worth, Texas in 2005.

Solco holds a Bachelor’s Degree in Civil Engineering from Prairie View A&M University, and an MBA from LeTourneau University. He is a registered professional engineer in the State of Texas; a graduate of the Senior Executive Fellows Program at Harvard University and has written a technical paper for the Arizona State University (ASU) Approach Lighting Symposium in 1998. Solco has also represented the FAA in technical exchange meetings in London, England and Brussels, Belgium.