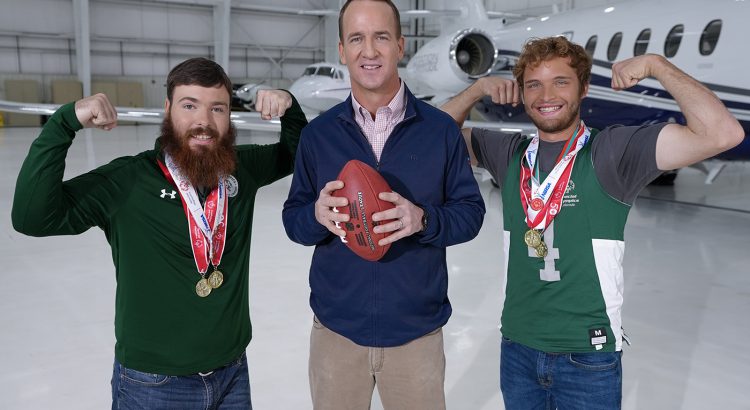 Peyton Manning is joining Textron Aviation to promote the 2022 Special Olympics Airlift. The legendary quarterback has signed on as honorary chair of the event, encouraging aircraft owners to participate in the massive Airlift scheduled to transport thousands of athletes and coaches to the 2022 Special Olympics USA Games next year in Orlando, Fla.

The Airlift is a signature community event organized and coordinated by Textron Aviation Inc., a Textron Inc. (NYSE:TXT) company.

“The Special Olympics Airlift is an incredible opportunity for the aviation community to give athletes from across the country a memorable experience while getting to the Games,” said Manning. “Textron’s support of the Airlift is a great example of their commitment to making a real difference.”

Since the first Special Olympics Airlift in 1987, nearly 10,000 athletes and coaches have been transported to Special Olympics World Games and USA Games by aircraft owners across the nation. With this eighth Airlift, Textron Aviation aims to recruit over 200 aircraft owners to help transport a portion of the more than 4,000 athletes and coaches invited to Orlando, Fla., on Saturday, June 4, 2022, and then return them to their home states on Sunday, June 12, 2022.

Manning’s role as Honorary Chair will help Textron Aviation recruit Cessna Citation, Beechcraft King Air, Beechcraft Premier, Beechjet and Hawker owners and operators to donate the use of their aircraft, pilots, and fuel to transport athletes and coaches from all over the U.S. as well as the Caribbean and Puerto Rico to attend the Games in Orlando.

“Special Olympics athletes embody grit, perseverance and greatness, so no one could be better suited to serve as the 2022 Honorary Chairperson for our Special Olympics Airlift than Peyton Manning,” said Ron Draper, president and CEO, Textron Aviation. “Many dedicated athletes have worked hard to earn their spot at the USA Games in Orlando, and we knew the Airlift would fit perfectly with Peyton’s experience both on the field as a legendary athlete, but also off the field as an ambassador, advocate and fundraiser for many worthy causes.”

Manning started his professional football career in 1998 as the first overall draft pick and retired following the 2015 season with two Super Bowl rings and as the only five-time Most Valuable Player. He and his wife, Ashley, established the PeyBack Foundation in 1999 to promote the future success of disadvantaged youth by assisting programs that provide leadership and growth opportunities for children at risk. The PeyBack Foundation has provided more than $15 million in grants and programs for children and families of all backgrounds.

Travel is the largest expense for Special Olympics Programs sending athletes to the national competition held every four years. The Airlift helps with those costs, while also allowing athletes to travel to the Games hassle-free with their gear and teammates, well-rested to compete at a national level. Owners can register or get more information on the Airlift at www.txtav.com/airlift.