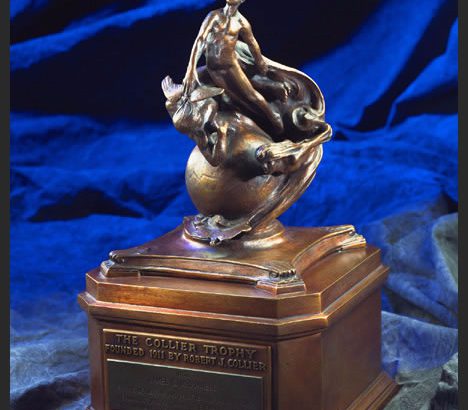 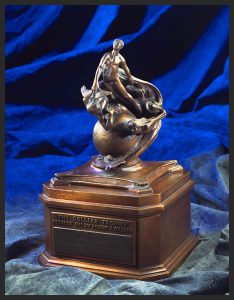 The National Aeronautic Association announced today that nine aviation and space achievements will compete for the 2017 Robert J. Collier Trophy.

For 105 years, the Collier Trophy has been the benchmark of aerospace achievement. Awarded annually “… for the greatest achievement in aeronautics or astronautics in America,” it has been bestowed upon some of the most important projects, programs, individuals, and accomplishments in history.

Past winners include the crews of Apollo 11 and Apollo 8, the Mercury 7, Scott Crossfield, Elmer Sperry, Howard Hughes, and Orville Wright. Projects and programs which have been the recipient of the Collier include the B-52, the Boeing 747, the Cessna Citation, the F-22, and the International Space Station.

The five most recent recipients of the Collier Trophy are the Blue Origin New Shepard Team; the NASA/JPL Dawn Mission Team; the Gulfstream G650; the Northrop Grumman, US Navy, and X-47B Industry Team; and the NASA/JPL Mars Curiosity Project Team.

“For more than a century, the Collier Trophy has recognized the ‘greatest achievement in aeronautics or astronautics in America,’ Greg Principato, President and CEO of NAA stated. “This year’s outstanding group of nominees represent the great depth and breadth of our aviation industry. Each is changing our world for the better. The Collier Selection Committee will have its work cut out for it this year and we at NAA couldn’t be more excited.”

The Collier Trophy Selection Committee will meet on March 22, 2018 in Arlington, Virginia, and the recipient will be announced publicly the following day.

The formal presentation of the Collier Trophy will take place on June 14, 2018 at a location to be determined. More information can be found at www.naa.aero.